Members of the MSP Fugitive Team were tracking a 41-year-old parole absconder and a woman in Orangeville Township -- east of US-131, between Grand Rapids and Kalamazoo -- around 10 a.m. in a vehicle, authorities said.

Troopers approached the vehicle, and that’s when the man pulled out an “edged weapon” and it quickly turned into a hostage situation.

Two troopers ended up firing shots and killing the man, whose identity has not yet been released, as authorities were waiting to notify next of kin.

The woman, whose identity has also been withheld, was injured during the incident, but police did not disclose whether she was injured by troopers or the man she was with. Her condition was not disclosed.

Authorities have not released any details about why the man was on parole. 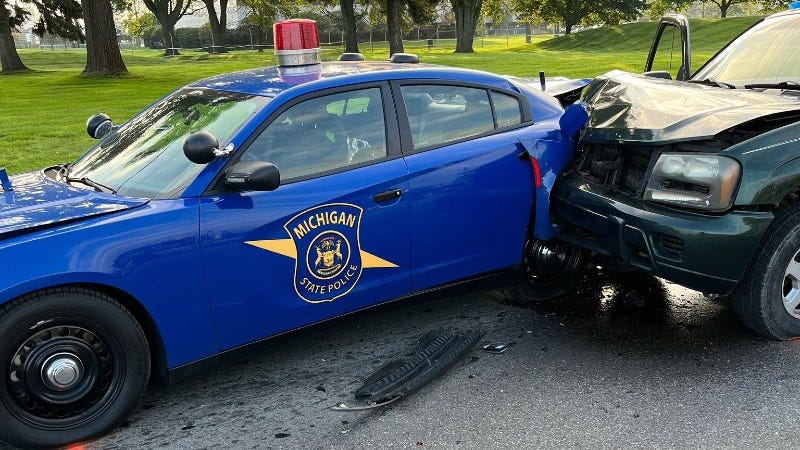