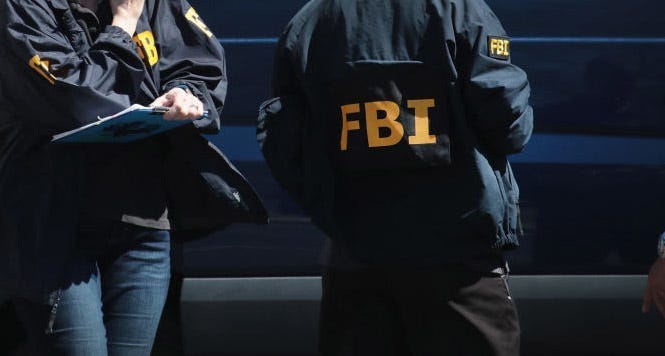 (WWJ) The FBI has seized weapons, spy gear and other items during an October raid at a what authorities say is a white supremacist group's home base in Michigan's Thumb region.

Revealing some details about the case on Thursday, law enforcement sources told CBS News that agents also found Nazi memorabilia and surveillance cameras inside a farmhouse, which sits on a three-acre farm in Bad Axe.

Justen Watkins lives at the home and allegedly runs a so-called "hate camp" there, according to the FBI. Watkins is the accused leader of a group called the Base, which the FBI says seeks to overthrow the government.

Agents said the house was stocked with gas masks, a machete, knives, a sword decorated with a Nazi symbol, tactical gear, camouflage clothing, a shirt with a Nazi Wolf's Hook logo on it and a guitar emblazoned with white nationalist symbols, CBS reported Thursday. The sources confirm that the list of items is contained in a search warrant that has not yet been unsealed.

The neo-Nazi group was targeted by law enforcement across the country in raids earlier this year. Watkins, 25, was arrested in October and faces felony charges of gang membership, unlawful posting of a message and using a computer to commit a crime.