DAVISBURG (WWJ) -- A woman has been arrested in Oakland County after a failed robbery attempt and failed car-jacking, all with her 3-year-old child in tow.

Michigan State Police say on Tuesday around 11 a.m., the 31-year-old woman tried to hold up the Food Castle Market near Dixie Highway and Oakhill in Davisburg, but the manager forced her out.

She fled to a nearby business to hide, ramming a gate with her car. The woman then tried to get into another person’s car, but failed.

Troopers say while the woman was in custody, she suffered a mental health issue and was taken to a hospital after becoming “uncontrollable.”

The 3-year-old child was turned over to the care of her grandmother.

The woman is now facing multiple charges, including robbery, operating while intoxicated, and child endangerment. 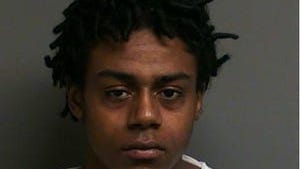