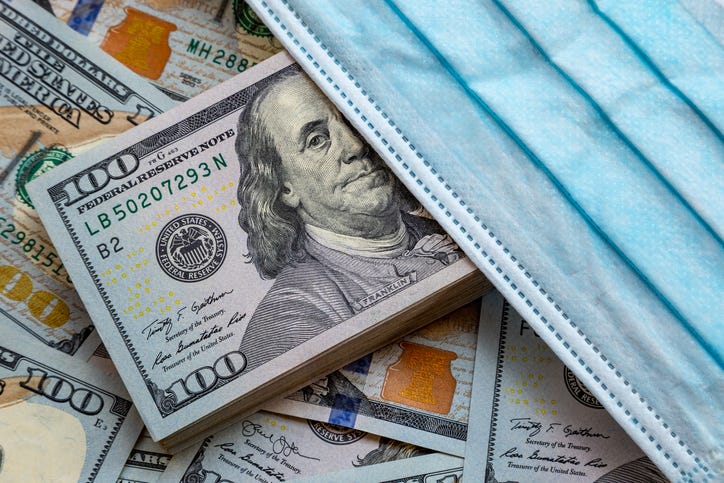 Photo credit Getty
By WWJ Newsradio 950 and The Associated Press

(WWJ/AP) Elected officials in a conservative Michigan county who gave themselves bonuses with federal COVID-19 relief aid say they will return the money following days of criticism.

Shiawassee County commissioners decided to act after the prosecutor said the payments were illegal. The Michigan Constitution bars additional compensation for elected officials after services have been performed.

The commissioners, all Republicans, voted to award themselves $65,000 as part of a broader plan to give money to 250 county employees.

“Since these payments were made, confusion about the nature of these funds has run rampant,” a statement from commissioners said. “(We) deeply regret that this gesture has been misinterpreted, and have unanimously decided to voluntarily return the funds to the county, pending additional guidance from the state of Michigan.”

According to Commissioner Marlene Webster, the bonuses were described as "hazard pay" for dealing with the coronavirus pandemic.

Webster told WWJ Newsradio 950 there was a misunderstanding on her part when the board voted on the proposal.

"What had been presented to us was that we were going to give COVID hazard pay to county employees," Webster said. "The average would be about $2,048 apiece — I voted for it, because I wouldn't not vote to give money to our frontline workers. And there was no talk about department heads or commissioners at all."

Webster took issue with the board's above statement, calling the idea that what happened has been "misinterpreted" an "insult to the citizens of Shiawassee County."

"If anything was misinterpreted, it was my vote! Somebody decided that my vote to give an average of $2,148 to county employees meant that I would be okay with giving $1000 to 90% of employees so a few at the top could take $25,000 for themselves," she wrote on Facebook. "Sorry guys. You misinterpreted my vote and you insulted our dedicated staff and tax payers."

Webster added: "Stop saying I voted for this. I wouldn’t vote to give you a nickel for the gumball machine."

Every dime I received from the recent sham vote has been returned to the County Treasurer. ($5000–withholdings)

Webster quickly wrote a cashiers check to the county to return "every dime" of the funds when she saw the money deposited into her bank account. She last week posted photo of the check, garnering a positive response from constituents who praised her integrity.