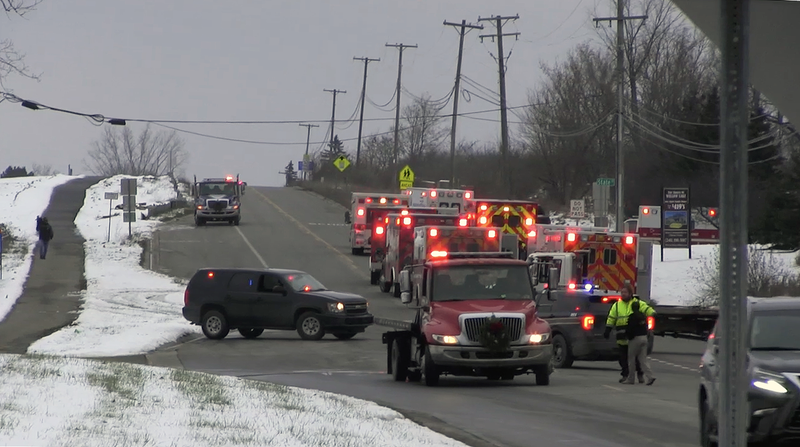 OXFORD TWP., Mich. (WWJ) -- Students barricaded doors and hid under desks, others running out into the snow as gunfire rang out Tuesday at an Oakland County, Michigan high school.

A 15-year-old suspect is in police custody after a shooter opened fire at Oxford High School in Oxford Twp., killing three students and injuring eight others.

"He emerged from a bathroom and began to open fire," Bouchard told WWJ's Jason Scott and Pat Vitale.

The Oakland County Sheriff's Office said it received over a hundred 911 calls about an "active shooter" at the school, about an hour north of Detroit, beginning at 12:51 p.m.

Within a matter of about five minutes, Oakland County Sheriff's deputies arrested the suspect, who is being held at Oakland County Children's Village juvenile detention center in Pontiac.

Sheriff Mike Bouchard said about two minutes after deputies entered the school, they approached the suspect in a hallway. The teen put his hands up and surrendered his weapon without firing at the deputies or offering any resistance. 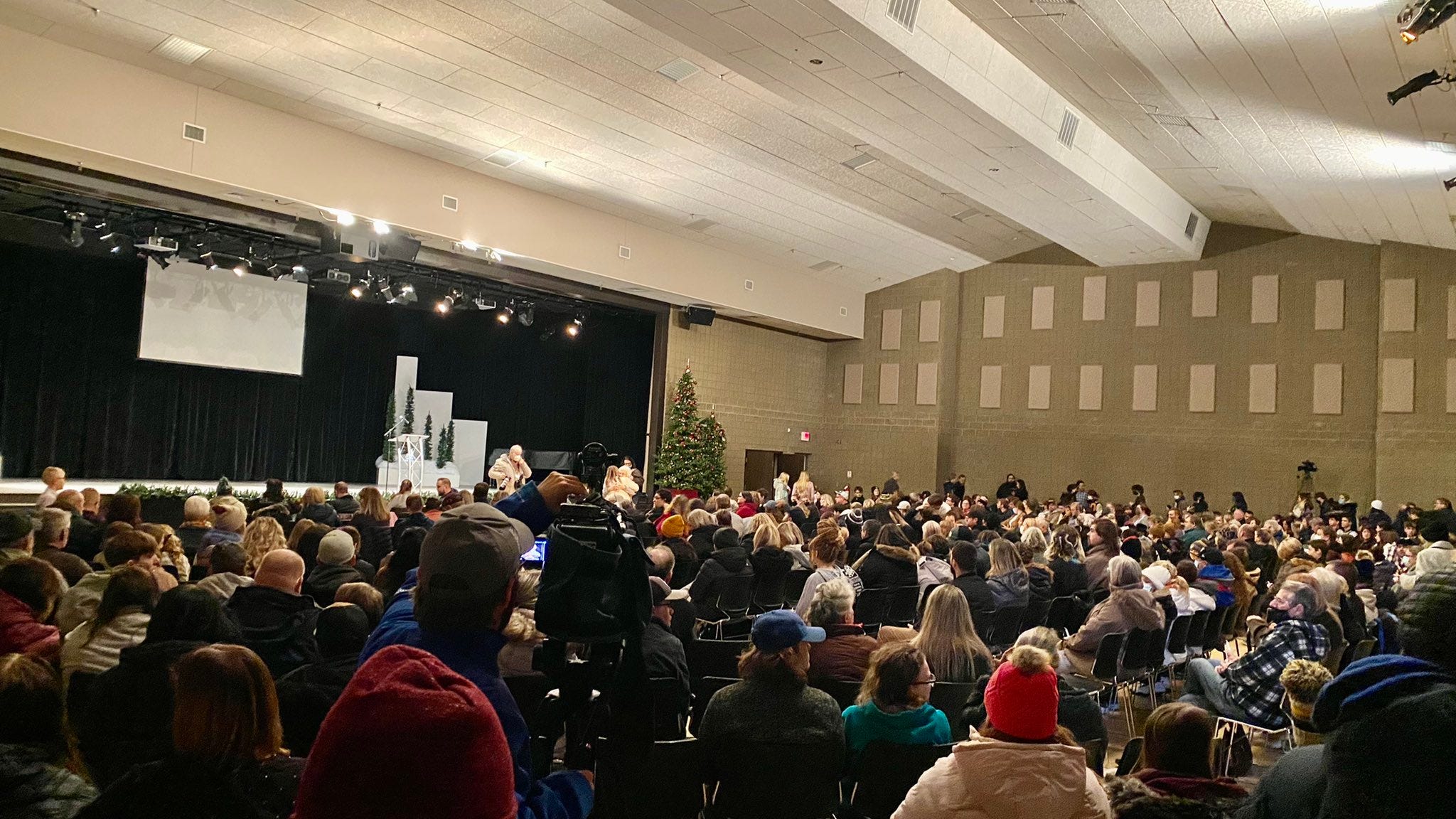 'We need to love each other': Oxford gathers to mourn victims of school shooting

Bouchard said the deputies saved more lives by getting there quickly, as the shooter still had seven rounds in his 9mm Sig Sauer pistol when it was recovered.

The Sheriff says the 9 millimeter gun was purchased legally by the suspect's father last Friday, Nov. 26, but it was illegally brought into the school in the suspect's backpack.

Authorities say the shooter invoked his Fifth Amendment right to remain silent and is not talking to police. The suspect's parents have hired an attorney and are also not cooperating, according to the sheriff's office. 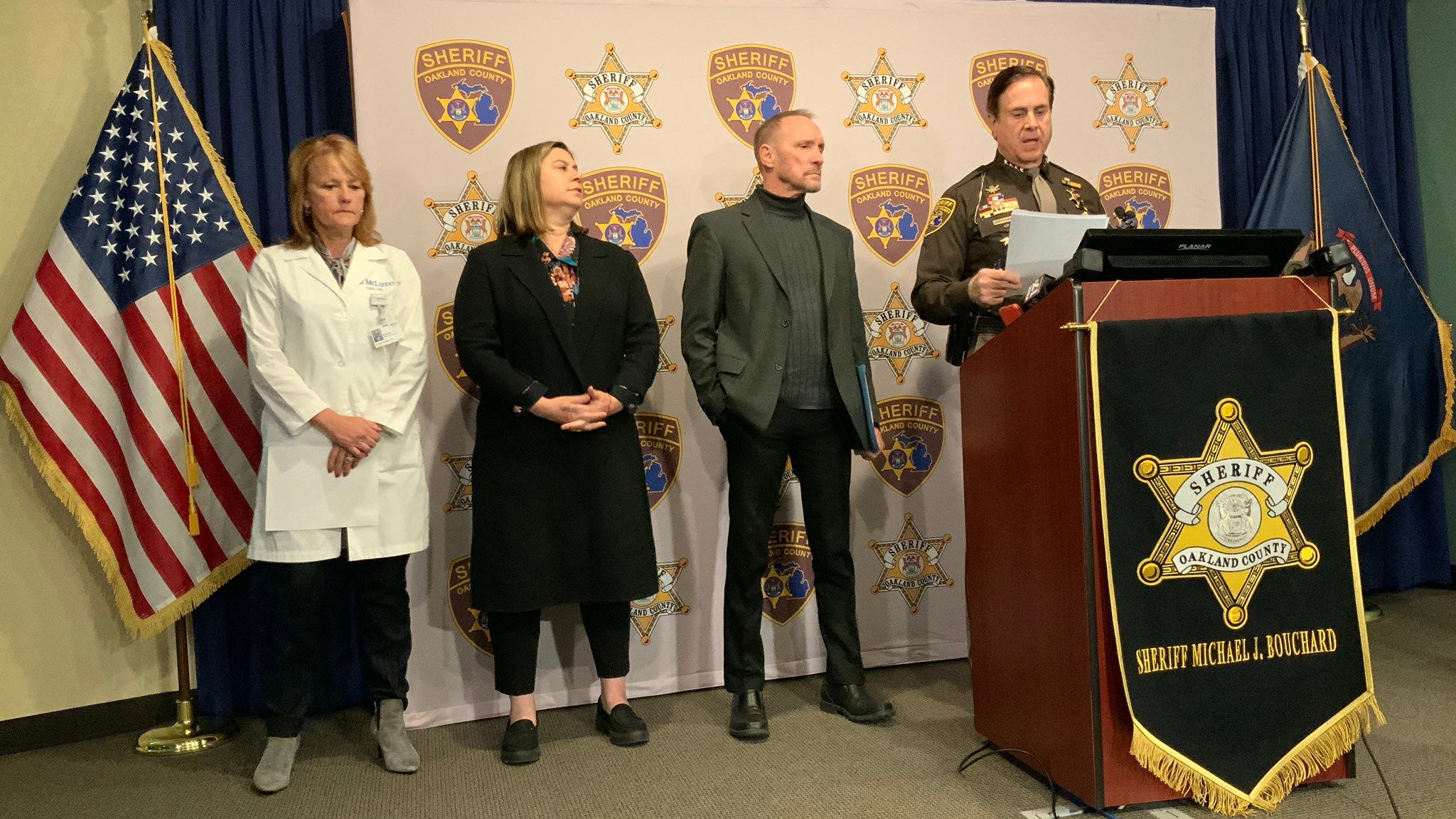 Seven other students and one teacher were also injured in the shooting, authorities said.

Bouchard said, as of late Tuesday night, three of the students — a 17-year-old girl, a 14-year-old girl and a 15-year-old boy — were hospitalized in critical condition.

Bouchard said it was "looking very tough" for the 14-year-old girl, who suffered gunshot wounds to the neck and chest. She was on a ventilator after having surgery and was not expected to survive.

A 14-year-old boy was in serious condition Tuesday night with wounds to the jaw and head, while two boys — ages 15 and 17 — and a 17-year-old girl were all in stable condition, Bouchard said.

A 47-year-old teacher was discharged from the hospital after suffering a graze wound to her shoulder, according to Bouchard.

The suspect has not yet been identified because he is being held as a juvenile, though he could ultimately end up being charged as an adult.

Oakland County Prosecutor Karen McDonald said Tuesday night her office has already begun the process of receiving and reviewing information regarding the investigation. Officials plan to "review it thoroughly and issue appropriate charges quickly." The suspect will remain in custody pending those charges, McDonald said

Oxford High School Junior Norah Wright, who was in the school at the time of the shooting, told WWJ's Jon Hewett her afternoon class had just begun when she looked out the window and saw students running outside in the snow.

"Everyone was just kind of confused about what they were doing...and then we kept hearing gunshots," the teen said. "And then we immediately went under the desks and our teacher locked the door."

"It was a few (gunshots) and then it stopped for a second, and then there were more," Wright told Hewett. "And it did that a few times, and there was nothing else."

Undersheriff Mike McCabe said there was an orderly evacuation, and the school "did everything right."

"Everybody remained in place, they barricaded themselves," he said. 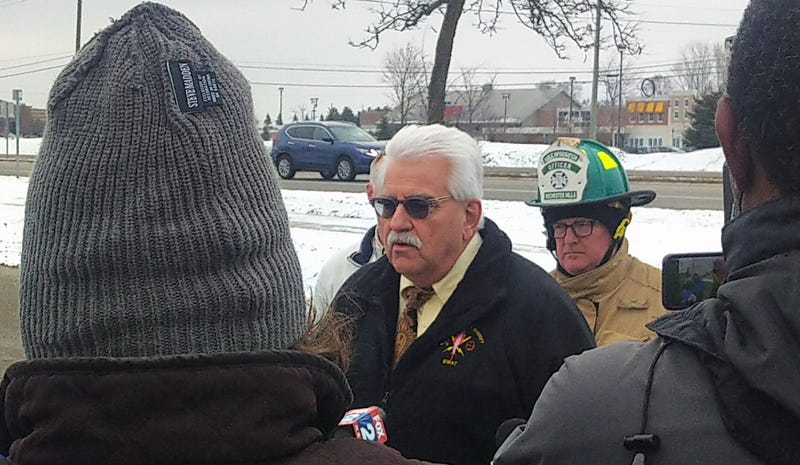 Even before the school district sent an alert to parents saying there was an "active emergency" and a lockdown at the school, social media was lit up with posts about the developing situation.

@oxford_hs hello!!?? Any word on what’s happening at the high school!! Why are our kids calling saying they are fleeing a shooter!!! Wtf is going on!!??

My daughter just texted us saying there is an active shooter at her old high school... Currently all police departments are responding. I can't count the number of sirens I heard heading that way. Oxford High School

All evacuated students were moved to the Meijer store on N. Lapeer Rd. for reunification with parents or relatives, as officers were conducting a secondary search of the school for any additional victims.

There is no known motive at this time.

Prodded by reporters, McCabe said the shooting has "no connection" to a recent incident involving a severed deer head that was found on the roof of the school.

As for what is known about the alleged shooter: McCabe said the teen is a sophomore at Oxford High School, lives in the village of Oxford, and was in class on Tuesday.

A large police presence remained at the school Tuesday night as investigators were beginning to process the scene, Bouchard said. That process is expected to last throughout the night and he says investigators have "hundreds of hours" of work to do.

Multiple patrol units and multiple EMS units were on scene in the hours following the shooting, along with SWAT and an Aviation Unit. 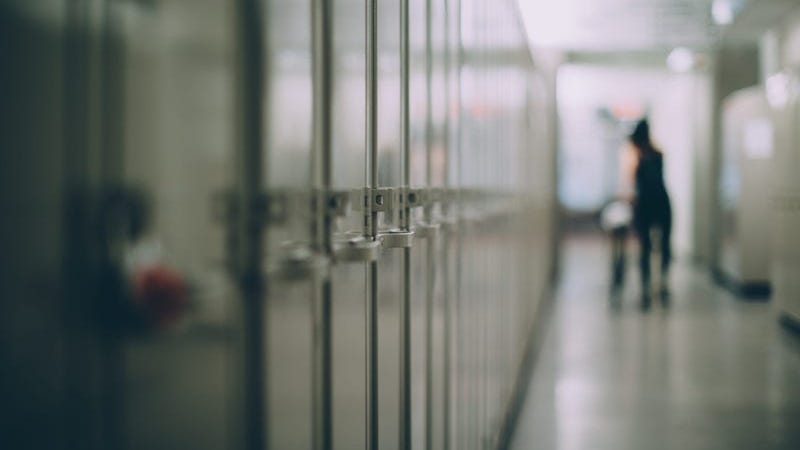 "We had about 25 agencies that responded, close to 60 ambulance. We had a couple of helicopters land also," said John Lyman with the Rochester Hills Fire Department. "...We did transport multiple patients to area hospitals."

As of 5 p.m. Tuesday, McCabe said two of the wounded were in surgery. "I do not have their condition. The other six are all in stable condition with various gunshot wounds," he said.

Speaking at a news conference alongside McCabe, Michigan Gov. Gretchen Whitmer was clearly emotional and fighting back tears. "I think this is every parent's worst nightmare," she said. 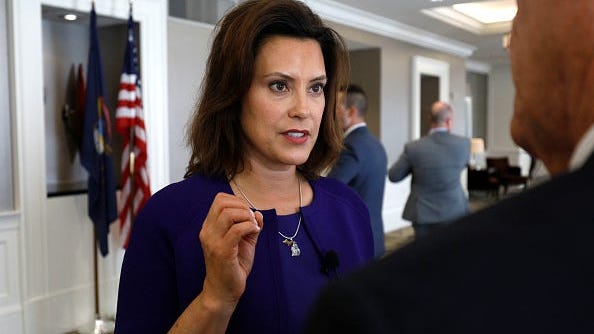 The suspect is being held in Oakland County Children's Village, a juvenile detention center.

No names have been released.

Classes at Oxford High School have been canceled for the rest of the week. 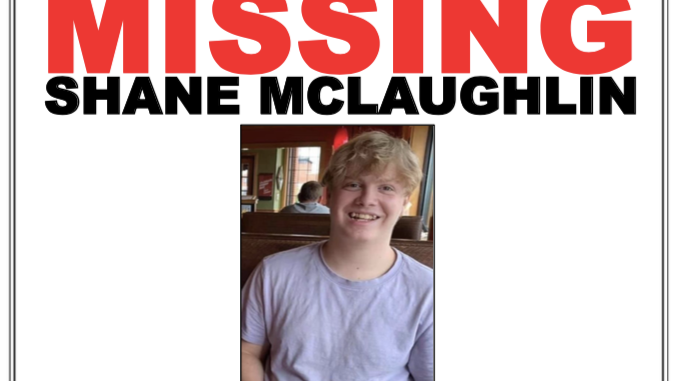