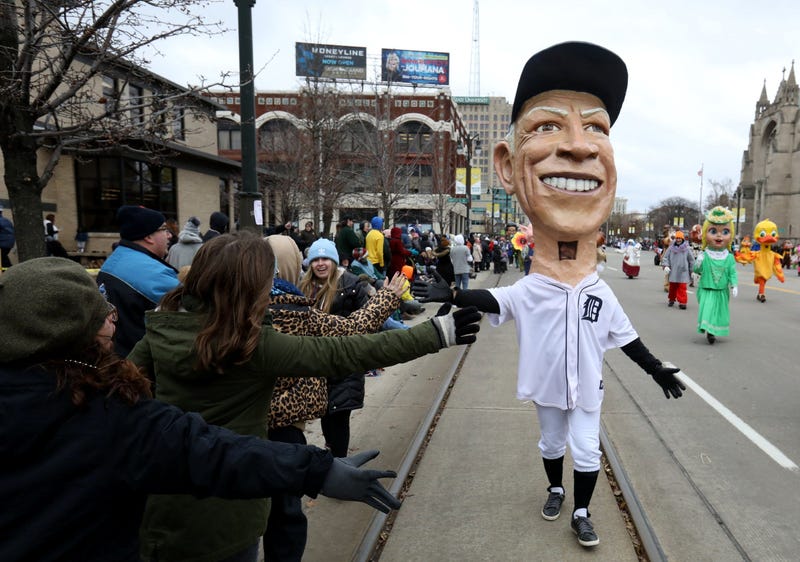 DETROIT (WWJ) -- You see them every year, marching down Woodward Avenue in all their glory during America's Thanksgiving Parade.

But how much do you really know about the Big Heads and their history in Detroit? The Daily J podcast brings you a few facts that might surprise you!

1. They came to Detroit by way of Italy

The origins of the papier-mâché heads go back to the Tuscan city of Viareggio, Italy, and are part of the infamous Carnival of Viareggio.

Charles Wendel, who was the display director for the J.L. Hudson Company in the 1920s, became inspired by the papier-mâché heads while attending the celebration on a trip to Europe.

When Wendel began planning for Detroit’s first Thanksgiving Day parade — which took place in 1924 — he arranged for several Big Heads to be included.

According to the Detroit Historical Society, four of those Big Heads were featured in that first parade, along with seven marching bands, and a Mother Goose float that was pulled by horses.

2. They are considered the largest papier-mâché collection in the world

Fast-forward to 2022 and there are now more than 300 Big Heads in The Parade Company’s collection, making it the largest papier-mâché in the world!

Italian artisans from Viareggio have taught local Detroit artists the practice of creating the Big Heads through the years to keep the tradition consistent.

When creating a new Big Head, the artist first creates a sculpture of the face. It’s then plastered and covered with 17 layers of papier-mâché before it is eventually painted. The whole process takes several weeks to complete.

If you look closely, you might notice that some of the original Big Heads even have Italian writing on the newspaper that was used to make the papier-mâché! 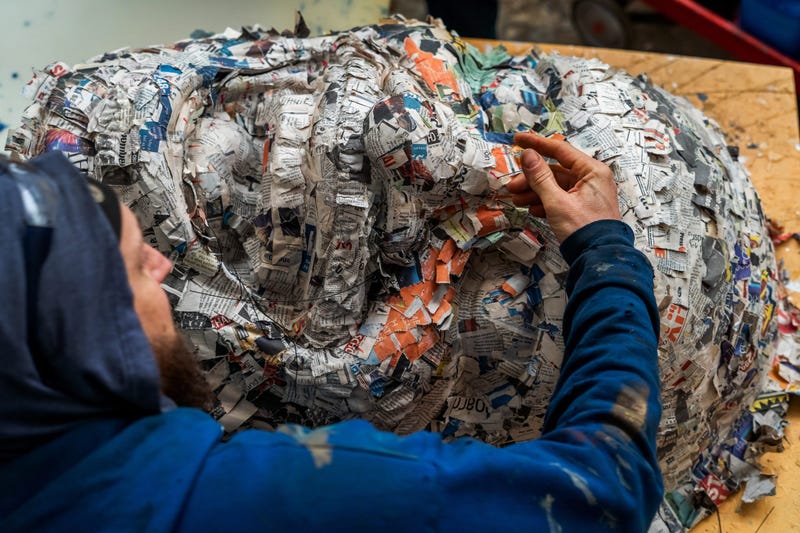 3. A new Big Head is made every year, and this year’s will be…

The Big Head Corps. was put in place in 2007 to oversee the collection and its many volunteers, and it’s also charged with deciding on and creating a new Big Head each year for the parade.

In recent years, Detroit icons such as Aretha Franklin, Gilda Radner and Stevie Wonder have been added to the ever-growing collection.

This year, the newest Big Head will be Detroit broadcaster, Paul W. Smith!

4. Some of the original Big Heads have been retired, and others just never make it to the parade

Although there are over 300 in the collection, only about half of that make it to the parade every year.

A selection of the older papier-mâché characters have been retired for preservation purposes, but are still kept on display at The Parade Company.

Other Big Heads that don’t make it onto Woodward Avenue on Thanksgiving morning because they simply haven’t been selected by any of the volunteers for use that year. 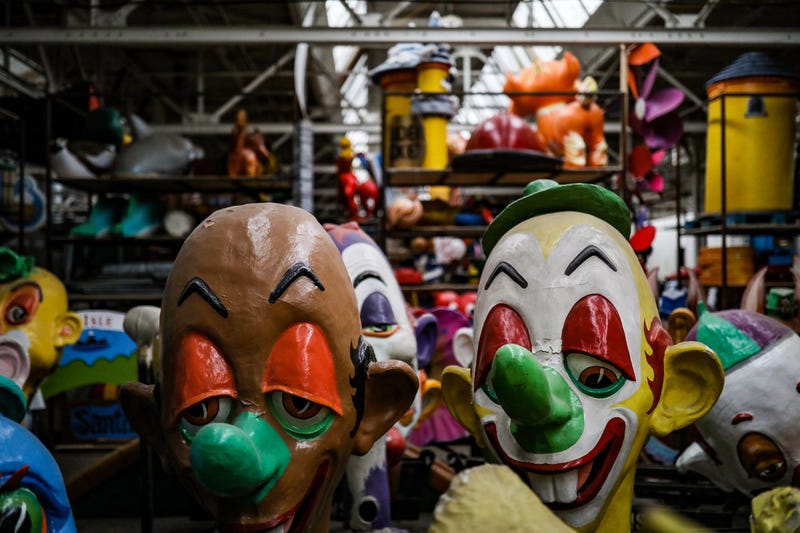 5. Volunteers choose their Big Heads on a first-come, first-serve basis…unless they’ve claimed that Big Head in the past

Anyone can sign up to become a Big Head by enrolling online and paying a membership fee, but when it comes to selecting a character, the volunteer community maintains certain traditions.

If you’ve been a particular Big Head in the past, you get first dibs on that character the following year, unless you've decided differently. 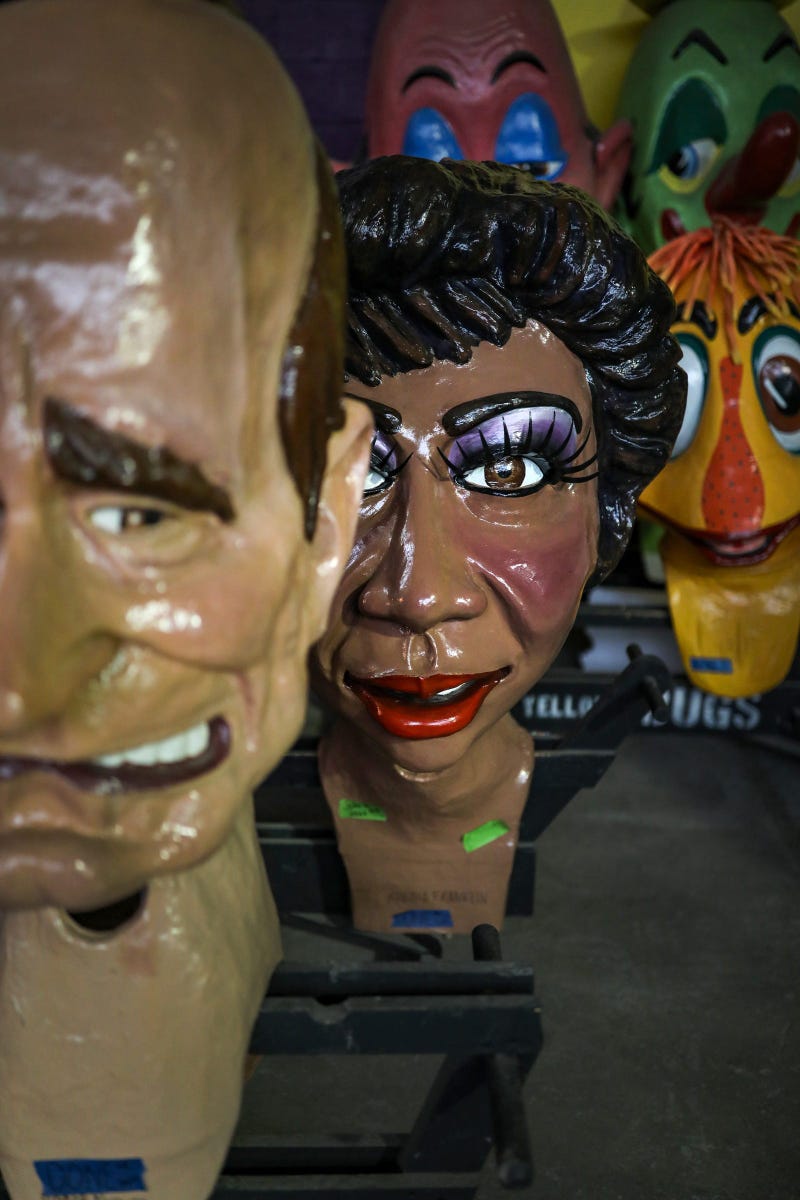 The rest are picked on a first-come, first-serve basis, though factors such as size and height also have to be considered when volunteers go in for their fitting.

At any rate, the Big Head Corps. will help you find the right character for you, and if you stick around long enough, you may get the chance to become a fan-favorite like Barry Sanders or Bob Seger!

Just try not to get a big head about it... 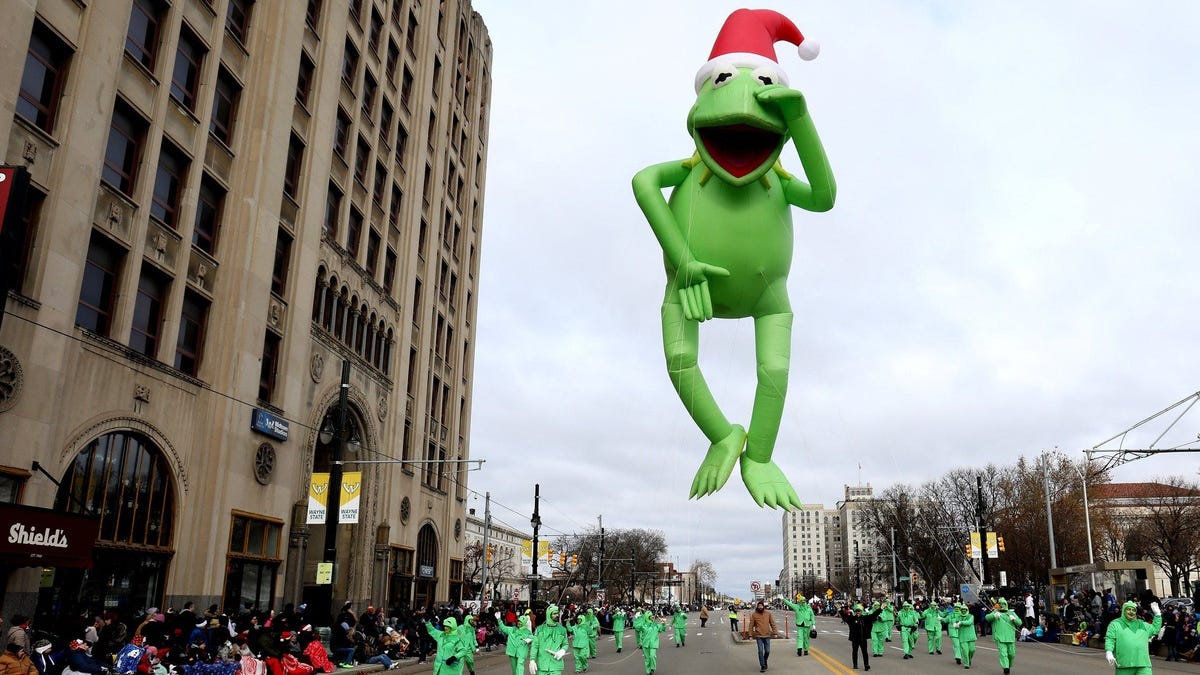