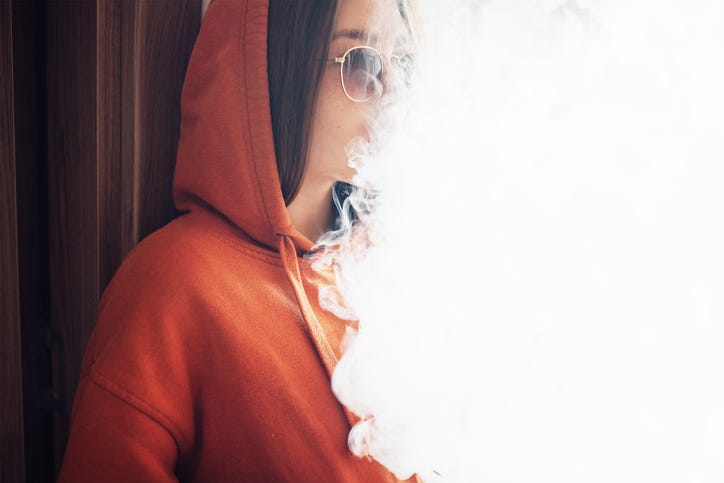 (WWJ) Young people who vape marijuana are at the greatest risk for lung damage, a new national study by the University of Michigan suggests.

Researchers found that more respiratory symptoms were reported in adolescents age 12 to 17 who vape cannabis than in those who smoked cigarettes or marijuana, or who vaped nicotine.

Researcher Carol Boyd told WWJ Health Reporter Dr. Deanna Lites that some of the symptoms self-reported by pot vaping teens included: "Wheezing or whistling in your chest when you breathe, having your sleep disturbed by wheezing, and that then you exercise that you have a rattling or a wheezing in your chest."

Boyd, the Deborah J. Oakley Collegiate Professor Emerita at the U-M School of Nursing, acknowledged that the results were a bit surprising.

"I thought that e-cigarettes (vaping nicotine) would be the nicotine product most strongly associated with worrisome respiratory symptoms," she said. "Our data challenges the assumption that smoking cigarettes or vaping nicotine is the most harmful to the lungs. If we control for vaping cannabis in our analyses, we find there is a weaker relationship between e-cigarette or cigarette use and respiratory symptoms when compared to vaping cannabis."

Boyd and colleague Philip Veliz, U-M research assistant professor of nursing, wanted to explore the association of unhealthy respiratory symptoms among U.S. adolescents currently using cigarettes, e-cigarettes or cannabis and who had vaped cannabis within their lifetime.

Although the study found that vaping marijuana causes the most damage to the lungs, smoking cigarettes or marijuana or vaping nicotine also produced of lung injury, Boyd stressed.

The researchers also found that an asthma diagnosis was most strongly associated with symptoms of future lung injury than cigarettes, e-cigarettes, cannabis use and vaping cannabis.

One study limitation is that the researchers did not look at co-use of vaping cannabis and the use of cigarettes or e-cigarettes.

The bottom line from what's known so far: It's all bad for your health.

The study is scheduled to appear in the Journal of Adolescent Health.