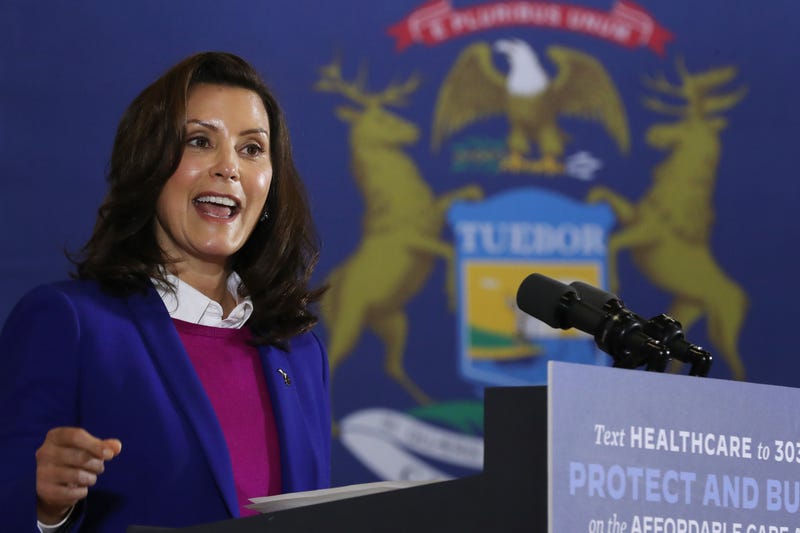 (WWJ) -- Michigan Gov. Gretchen Whitmer may be a Michigan State University alumna and Spartan fan, but she’s supporting the University of Michigan this weekend.

Whitmer declared Saturday, Nov. 27 as “M” Day in Michigan, ahead of the Wolverines’ big matchup with Ohio State in Ann Arbor.

The Wolverines and Buckeyes will meet at noon Saturday, with a trip to Indianapolis next weekend for the Big Ten Championship Game -- and a clear path to the College Football Playoff -- on the line.

“The best thing about having two phenomenal football teams in Michigan is that it gives us two opportunities to beat that team down south,” Whitmer said. “Whether you’re a Spartan or a Wolverine, our houses are united this weekend as we take on the Buckeyes.”

Whitmer says she “can’t wait to cheer on the Wolverines.”

She also made a friendly wager with Ohio Gov. Mike DeWine, who said he’s so confident in an OSU win that he’d bet her four famous Ohio snacks.

Whitmer -- whose two daughters attend U of M -- promised to ship off some cherry treats from Cherry Republic if the No. 2 Buckeyes beat the No. 5 Wolverines.

Hey, @GovMikeDeWine! I hear there’s a pretty good football game in town this weekend. 🤔 What do you say we 〽️ake a friendly wager? 👀

In Whitmer's full declaration of "M" Day, she capitalized every letter "M" and encouraged other Michiganders to do so as well. She also took a few shots at the Buckeyes: