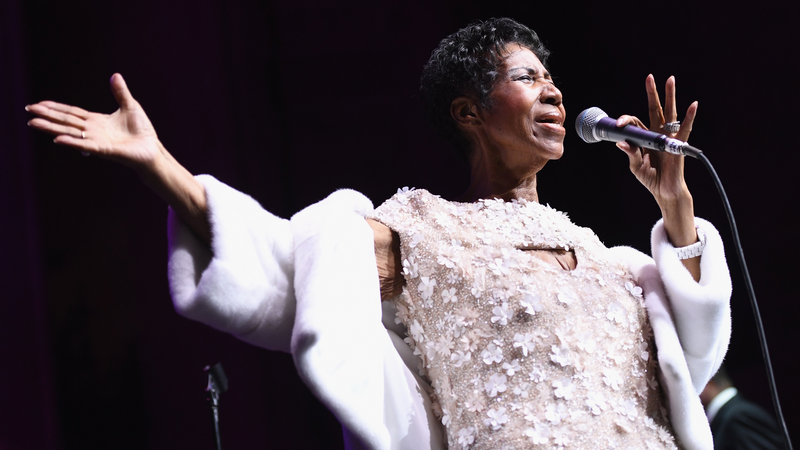 We’re calling this the age of the biopic. Earlier this year we got the Lifetime version of the Salt-N-Pepa story and now the National Geographic network is taking their turn at telling Aretha Franklin’s in Genius: Aretha, and her family is having none of it, accusing the producers of the biopic for “disrespecting” them in their attempts to get involved.

In the limited series, NatGeo plans to depict the life of the late soul singing legend, with Cynthia Erivo in the lead role. However, Franklin’s relatives insisted their attempts to work in tandem with the show runners have been snubbed, and thus have urged fans to boycott the show.

In particular Aretha’s granddaughter, Grace Franklin, took to TikTok to share a video massage, in which she said “as the immediate family, we feel that it’s important to be involved with any biopic of my grandma’s life, as it’s hard to get any accurate depiction of anyone’s life without speaking to the ones closest to them.”

She went to say that they reached out to Genius as a family “on multiple occasions” in the midst of “the process of writing, directing, and filming this movie.” Claiming that instead of cooperation, “we have been disrespected and told we will not be worked with.”

Grace’s message only further echoed comments recently made by her father, Kecalf Franklin, who suggested the series could be based on “untruth or slander.”

As Kecalf explained, production on the biopic began in 2019, less than a year after the Queen of Soul died of cancer, and any communication between the family and NatGeo ended after his cousin, Sabrina Garrett-Owens, resigned from her post as representative of Aretha’s estate.

By the time she left her position, apparently an agreement between the network and the family, regarding their involvement in the series, had been reached. And when the relatives attempted to put something in place in the absence of Garrett-Owens, Kecalf claimed their approaches were rejected.

Telling the outlet, “we had our lawyers reach out to them and see if we could have some type of input and see the film and say what we like and what we didn’t like about it. And the report that we got back was saying that it was too late, production had already wrapped up and that they didn’t want to work with us. It was basically too late.”

Even though filming had wrapped, Kecalf was under the impression that “final editing hadn’t been done,” and “that there was something that could have been done in that area, maybe after we had previewed it.” The icon’s son also noted that NatGeo “did send a non-disclosure agreement, but the terms in that contract” stated that “they weren’t giving us creative control or anything like that as well. So it’s kind of like they just wanted us to check it out. But if we didn’t like it then, ‘Oh well. Sorry.’”

As for NatGeo’s side of the story, they insist they’ve told Aretha’s story in an “honest and authentic way” and share the “goal” of the family to “celebrate” the hitmaker.

As per their official statement, “We think we have a shared goal here – to honor and celebrate the life and legacy of Aretha Franklin. We can tell you that everyone who worked on Genius: Aretha approached telling her story with the intention to respect Ms. Franklin in every aspect of the series and in every decision we made. The studio worked diligently to attain the endorsement of Aretha’s estate, which we are grateful to have."

“We worked with many people who knew Ms. Franklin — from Clive Davis to members of her family’s estate — to make sure we told her story in an honest and authentic way.”