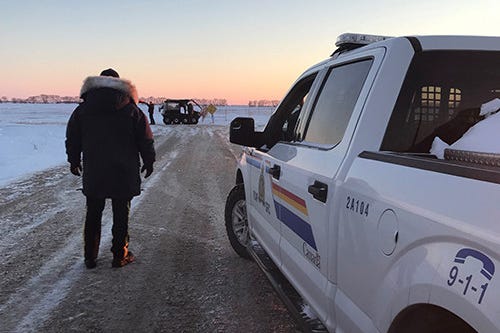 Four people, including a baby and a teenager, who were apparently trying to cross into the United States were found dead in Canada just steps away from the international border. Authorities said the family froze to death.

Now, a Florida man is facing charges of human smuggling in connection with the case.

"It is an absolute and heartbreaking tragedy," Royal Canadian Mounted Police Assistant Commissioner Jane MacLatchy said at a news conference.

The bodies were discovered Wednesday after 47-year-old Steve Shand was arrested by the U.S. Border Patrol. According to the U.S. Attorney's Office in Minnesota, officers stopped Shand's 15 passenger rental van less than one mile south of the border in a rural area between the official ports of entry located at Lancaster, Minnesota and Pembina, North Dakota. Authorities said he was driving with two undocumented Indian nationals.

Officers discovered cases of plastic cups, bottled water, juice and snacks located in the back of the van, as well as a rental agreement with a return date of January 20, according to court documents. At that point, Shand was taken into custody for smuggling undocumented foreign nationals.

While Shand and the two passengers were being transported to the Border Patrol Station in North Dakota, law enforcement encountered five additional Indian nationals about a quarter mile south of the Canadian border walking in the direction of where Shand was arrested. Authorities said they appeared to be headed to an unstaffed gas plant located in St. Vincent, Minnesota.

"The five Indian nationals explained that they had walked across the border expecting to be picked up by someone," the attorney's office said in a statement. "The group estimated they had been walking around for over 11 hours."

Two people in the group sustained serious injuries and were transported to a hospital.

One of the group members was carrying a backpack that belonged to a family of four Indian nationals who were with the group but had become separated during the night. The backpack contained children's clothes, a diaper, toys and some children's medication.

Several hours later, the Border Patrol received a report from the Royal Canadian Mounted Police that four bodies were found frozen just inside the Canadian side of the international border near Emerson, Manitoba. A man, woman and baby were found together, while a teen boy was located a short distance away, Canadian officials said. Their bodies were approximately 12 meters, about 39 feet, away from the border. The four were tentatively identified as the family that was separated from the group.

Reports indicate the region was experiencing a blizzard at the time with temperatures as low as 31 degrees below zero. Officials said the family was dressed in winter clothing, but not enough.

Shand is charged with one count of knowing or in reckless disregard of the fact that an alien had come to, entered, or remained in the United States in violation of law, having transported, and moved or having attempted to transport and move such aliens. He remains in custody and is due in court for a preliminary and detention hearing on January 24. 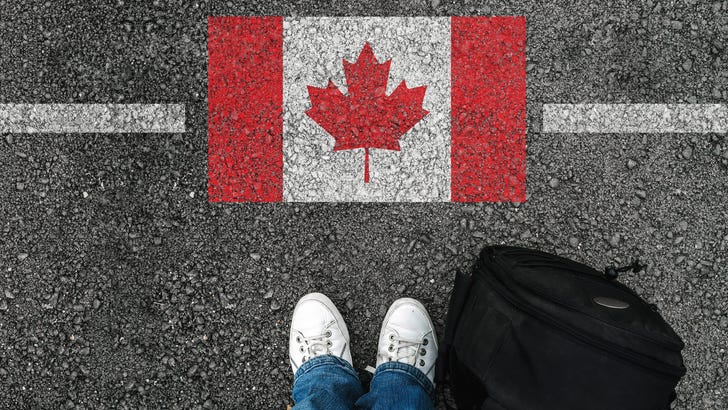 US issues 'Do Not Travel' advisory for Canada