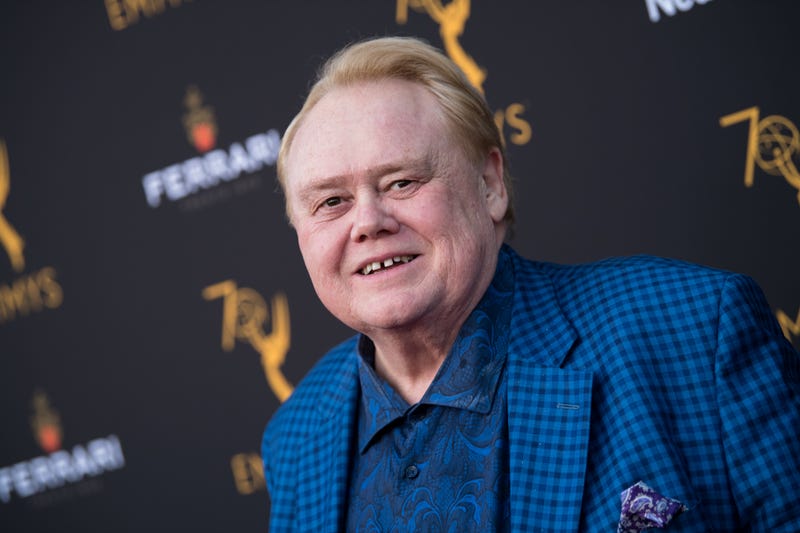 Louie Anderson, stand-up comic, actor, game show host, author and one of the biggest voices in comedy over the last 40 years has died. He was 68.

The news was first reported by TMZ who said Anderson's publicist confirmed his death Friday morning.

Louie Anderson Dead At 68, After Battle With Blood Cancer. https://t.co/0K3tcfRni7

Anderson had been battling cancer and receiving treatment at a Las Vegas hospital.  He had been diagnosed with diffuse large B-cell lymphoma.

Louie Anderson was born and raised in Saint Paul, Minnesota, graduating from Johnson Senior High. He was the second youngest of 11 children in his family. Anderson has long described his family life as difficult, and his father as "abusive" and an alcoholic.  He frequently used that family in his stand-up routine, especially his mother Ora.

Starting his stand-up career in the Twin Cities, Anderson would appear at small clubs in Minneapolis run by local comedy legend Scott Hansen who died last September. Anderson has said that Hansen was a mentor and huge presence in his life.

Anderson told WCCO’s Cory Hepola in 2021 that he never wanted to leave Minnesota.

“I wanted to be a big fish in a little pond,” Anderson said. “I was pretty popular and I was like, what if I don’t get popular out there? But then finally Rodney Dangerfield and Joan Rivers both came by the club and they said you’ve gotta get out of here and get to either New York or LA so you have a chance. And that was encouraging to me and I did it.”

Anderson got his big break in 1984 when he got a shot on The Tonight Show with Johnny Carson. With his high-pitched voice and acerbic humor, he was an immediate hit. Always self-deprecating, the large comic hit the Tonight Show stage with the line, “I can’t stay long, I’m in between meals” which was met with huge laughs from the audience.

Stand-up comedy was just a small part of what became Louie Anderson’s career.  He would go on to appear in movies such as “Ferris Bueller’s Day Off”, “Coming to America” with Eddie Murphy, and appeared frequently on television series like “Ally McBeal”, “Grace Under Fire”, and “Chicago Hope” to name just a few.

In 1994 Anderson got his own series, “Life with Louie”, an animated feature that focused on a young boy growing up with his 10 siblings that drew much of its inspiration from Louie’s real life childhood.  He also starred in the short-lived life action series “The Louie Show”, which focused on a psychotherapist in Duluth, Minnesota.

Anderson became a game show host working on a new version of Family Feud in 1999. He also appeared on Funny You Should Ask, Splash, and Hollywood Squares.

In the last few years, Anderson had taken up residence in Las Vegas performing his stand-up act, “Louie: Larger than Life” at various casinos.

In October 2014, Anderson signed on as the promotional spokesperson for his home state's Land O'Lakes Sweet Cream butter brand. Anderson has since appeared in radio jingles, web ads, and television commercials promoting the product.