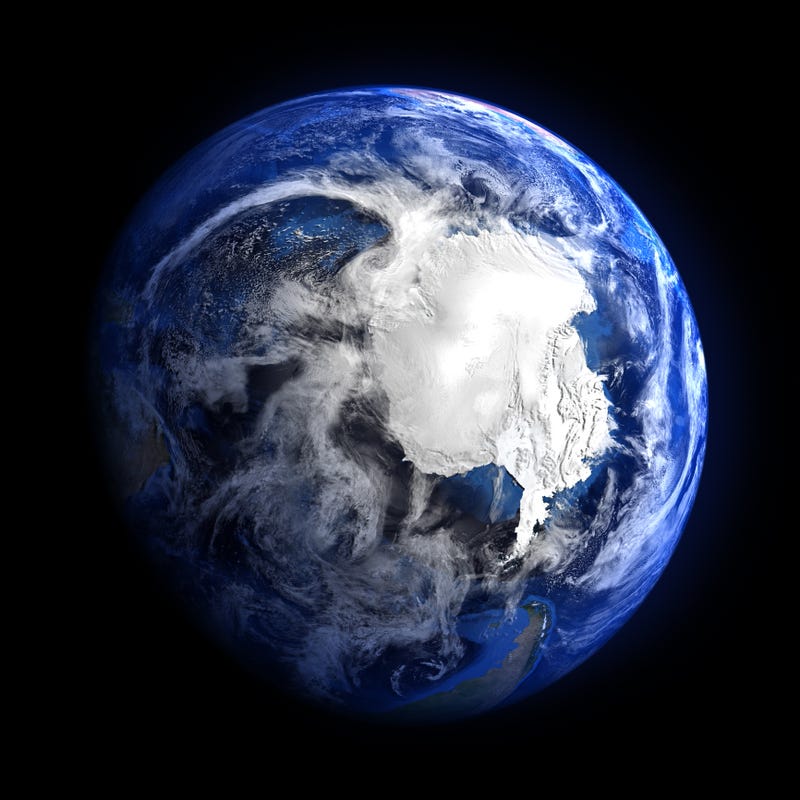 A hole in the ozone layer that develops annually from August to October over the South Pole has become larger than Antarctica this year, announced the Copernicus Atmospheric Monitoring Service Thursday.

Antarctica is around 5.5 million square miles in size. The ozone layer is around nine to 18 miles above Earth’s surface.

According to the Environmental Protection Agency, the ozone is depleted when chlorine and bromine atoms come into contact with ozone in the stratosphere and destroy molecules.

“One chlorine atom can destroy over 100,000 ozone molecules before it is removed from the stratosphere,” said the EPA. “Ozone can be destroyed more quickly than it is naturally created.”

“When temperatures high up in the stratosphere start to rise in late Southern Hemisphere spring, ozone depletion slows, the polar vortex weakens and finally breaks down,” explained the Copernicus Atmosphere Monitoring Service. By December, the ozone in that area usually returns to normal.

However, Copernicus Atmosphere Monitoring Service Director Vincent-Henri Peuch said that last season’s Antarctic ozone hole was one of the longest lasting on record. Both last season’s hole and this season’s hole got off to a typical start, he added.

“Now our forecasts show that this year´s hole has evolved into a rather larger than usual one,” said Peuch. “The vortex is quite stable and the stratospheric temperatures are even lower than last year. We are looking at a quite big and potentially also deep ozone hole.”

Over the past week, the Antarctic hole has grown larger than 75 percent of ozone holes at that stage in the season since 1979, said the service.

According to <a href="https://twitter.com/CopernicusECMWF?ref_src=twsrc%5Etfw" rel