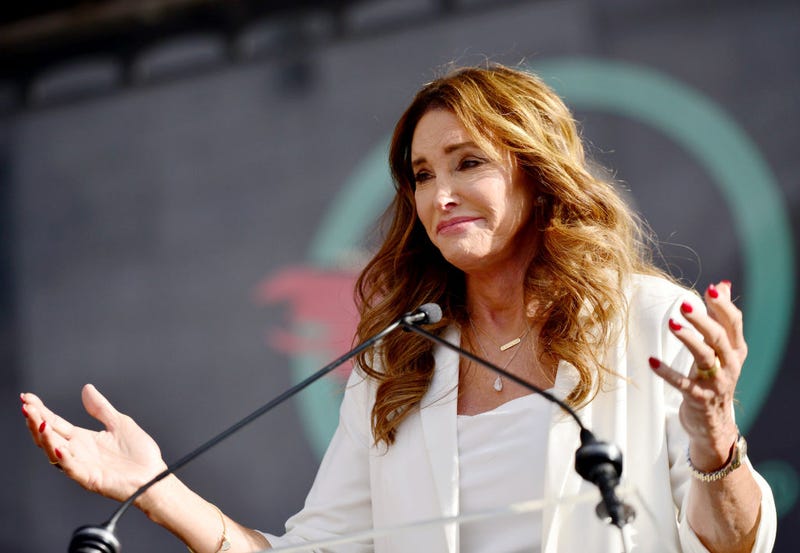 California gubernatorial recall candidate Caitlyn Jenner described herself as a moderate alternative to rival Larry Elder in an interview with KNX on Thursday.

"A lot of things are coming out about him, which, if correct, he's got a lot of issues," Jenner said.

Jenner pitched herself as a "backup plan" for left-leaning Californian voters who may be anxious about the possibility of a Larry Elder governorship, in the event Gavin Newsom is recalled. Newsom and even some fellow Republicans have characterized Elder's views on the minimum wage, gender equality and race as extreme.

"I say he's even more extreme than Trump," Newsom told a meeting of progressive activists earlier this month.

Though Jenner insisted a Gov. Larry Elder would be "better than Gavin Newsom," she speculated that Californians might be more comfortable with her in Sacramento than the firebrand radio personality. She encouraged even those who select "no" on the recall to consider voting for her on the ballot's second question, which asks voters to pick a candidate to succeed Newsom in the event he is removed from office.

"I come from a little bit more of a different approach, as a moderate" Jenner told KNX, comparing herself to Elder. "When it comes to social issues, I'm more like a Democrat or independent."

Jenner has campaigned on a business-first platform, criticizing Newsom for turning California into what she said is "the worst place in America to do business."

A poll published Thursday by the Public Policy Institute of California showed Newsom is likely to survive the recall vote. Elder still leads the pack of Republican challengers at 26 percent. Only one percent of likely voters said they would choose Jenner.