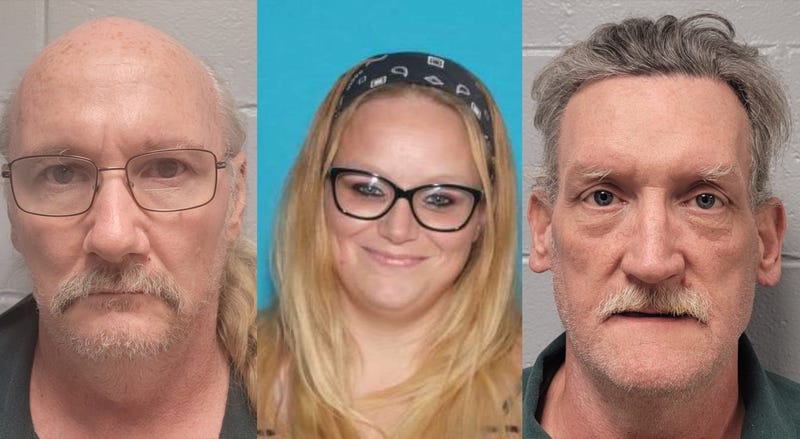 DALLAS COUNTY, Mo. (KMOX) - A Missouri Sheriff has had enough of the amateur sleuths, speculation and viral attention that a three-week investigation into a missing woman has gained. He blasted people for posting and spreading "fake news" about the disappearance of Cassidy Rainwater.

Dallas County Sheriff Scott Rice posted a rant and gave some advice to people who have been following the story since Rainwater went missing in late July:

"It is not a good idea to listen to “a crime reporter/blogger “or Tic Tok videos that is sitting in their apartment or their mommy and daddy’s basement eating Great Value cheese puffs and drinking box wine with grand intentions of being a social media superstar. If you are hanging on very word is this type of crap, believing it to be fact, you are living in a fantasy world. This isn’t a tv series or movie where we go to commercial break and have lab results in 15 minutes. Searching a crime scene for 7 days 24 hours a day takes that long, 168 hours. 99.999999% of what has been posted to social media is CRAP."

James Phelps, 58 and Timothy Norton, 56, have been in jail since mid-September on a kidnapping charge in the Rainwater case. Court documents says there's photo evidence of 33-year-old Rainwater being held in a cage on Phelp's property in Lebanon. The property was burned to the ground earlier this week. 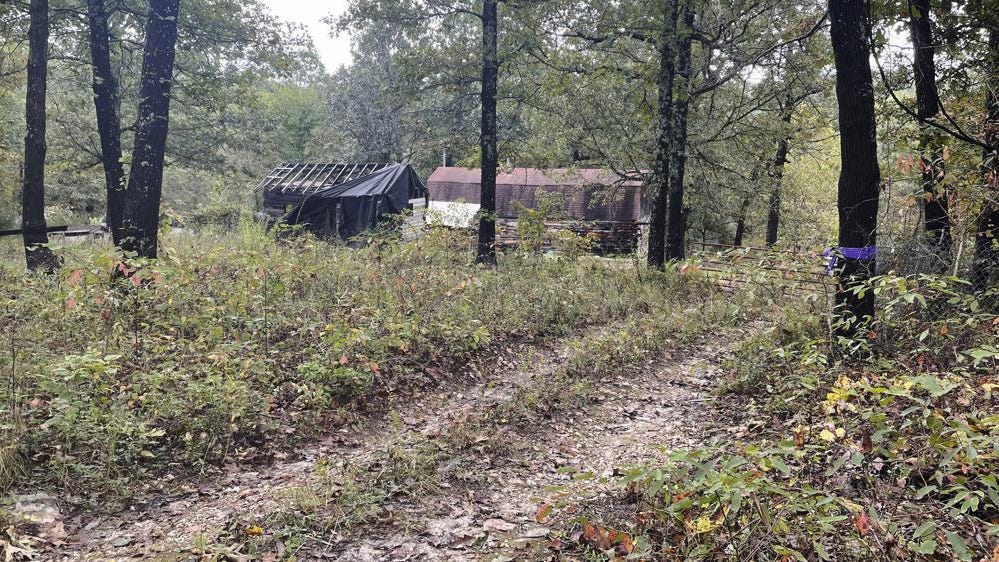 Rice noted that the US criminal justice system "has its faults," but stressed that all facts will not be given to the public like "a play by play of an ongoing investigation."

He says more charges will be filed in the case in the coming days. His full statement was shared on the Dallas County Sheriff's Office Facebook page, which you can read below: 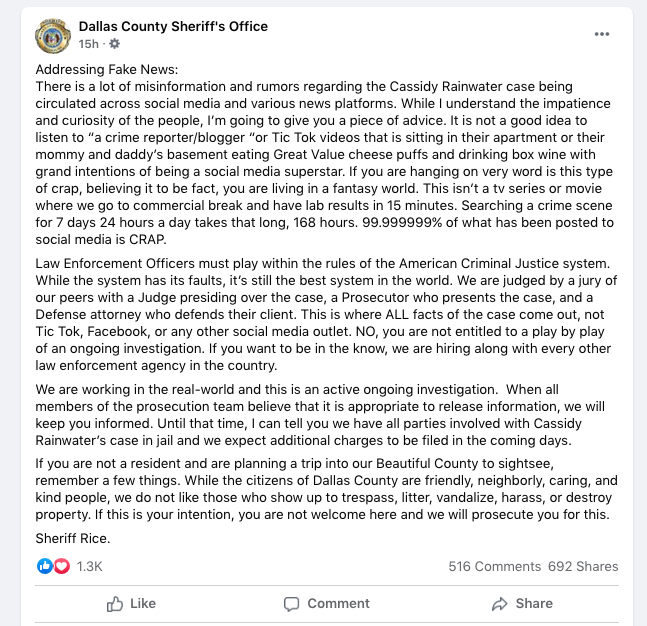