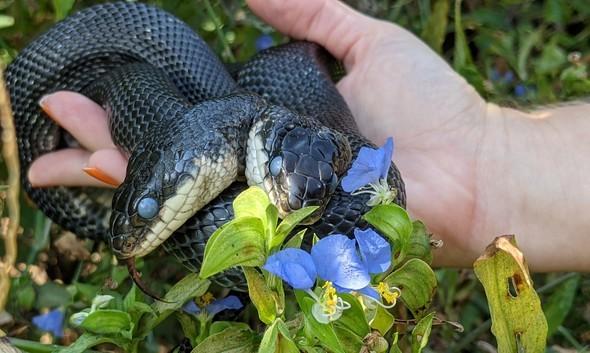 BRANSON, Mo. (KMOX) - The Missouri Department of Conservation (MDC) is planning a special birthday celebration for both "Tiger" and Lily" – the names given to the two-headed snake they've been taking care of for years.

Tiger-Lily is a western ratsnake that was found in Stone County, Missouri in the fall of 2017. The female is "doing well" according to MDC officials and so they're holding a birthday party for her next month.

“Tiger-Lily has grown quite a bit in the past two years,” MDC Interpretive Center Manager Alison Bleich said. “The snake is now around 48 inches long, sheds on a regular basis, and is growing at a steady rate.”

This snake would have low chances of survival in the wild, being unable to escape from predators into normal holes and crevices that one-headed snakes can fit into. But in a captive situation, it's been thriving.

Although feeding both heads come with some challenges.

“We have to keep the heads separate when they are eating,” Bleich said. “Since they share the same throat, it wouldn’t be good for them to both eat a mouse at once or to try to swallow the same mouse.”