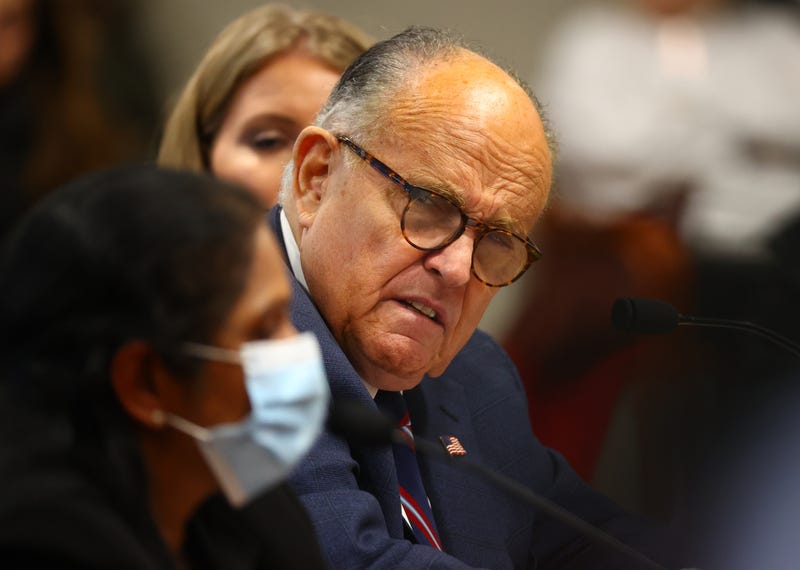 NEW YORK (1010 WINS) – Rudy Giuliani has been banned from appearing on Fox News, leaving the former mayor “really hurt,” according to a report.

Giuliani’s ban “comes from the top” of the network and extends to his son, Andrew Giuliani, who is running for New York governor, Politico Playbook reported Friday, citing sources.

Giuliani learned of his nearly three-month banishment on the eve of Sept. 11, when he was supposed to appear on “Fox & Friends” for the 20th anniversary of the 9/11 terrorist attacks. Host Pete Hegseth called Giuliani to say he’d been cut from the show, according to the report.

A source told Politico that “Rudy is really hurt” because he “did a big favor” for Fox Corporation chairman Rupert Murdoch back in 1996 when he backed Murdoch’s push to get Time Warner to carry his 24-hour news channel.

“He was instrumental in getting Fox on Time Warner so it could be watched in New York City,” the source said.

Giuliani’s ban came after Dominion Voting Systems filed defamation lawsuits against both Giuliani and Fox News in connection with Giuliani's claims about the 2020 presidential election being rigged.

A FOX News spokesperson denied that Giuliani was ever scheduled to appear on FOX & Friends on Sept. 11, but declined to say whether or not Giuliani was banned from appearing on the network.