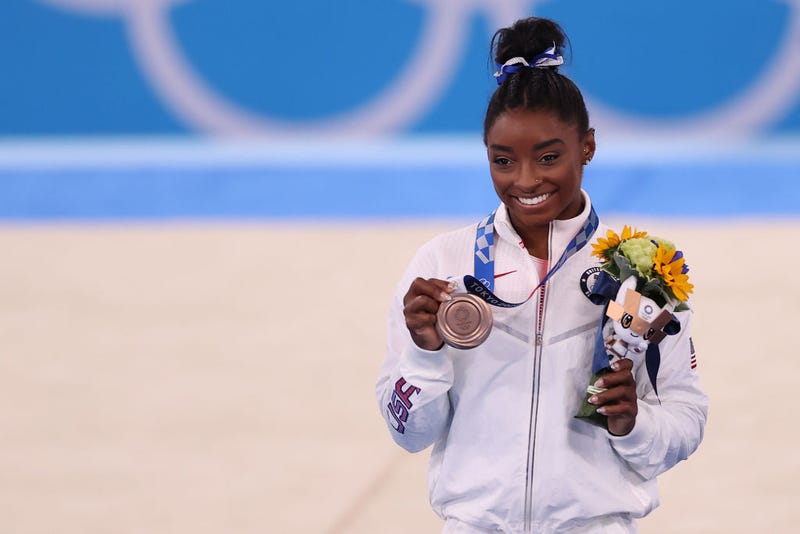 Gymnastics superstar Simone Biles made a return to the Tokyo Olympics like a champion.

A week after taking herself out of several competitions to deal with a mental block that prevented her from twisting while performing, the 24-year-old superstar earned her seventh Olympic medal with a third-place finish in the balance beam final on Tuesday. 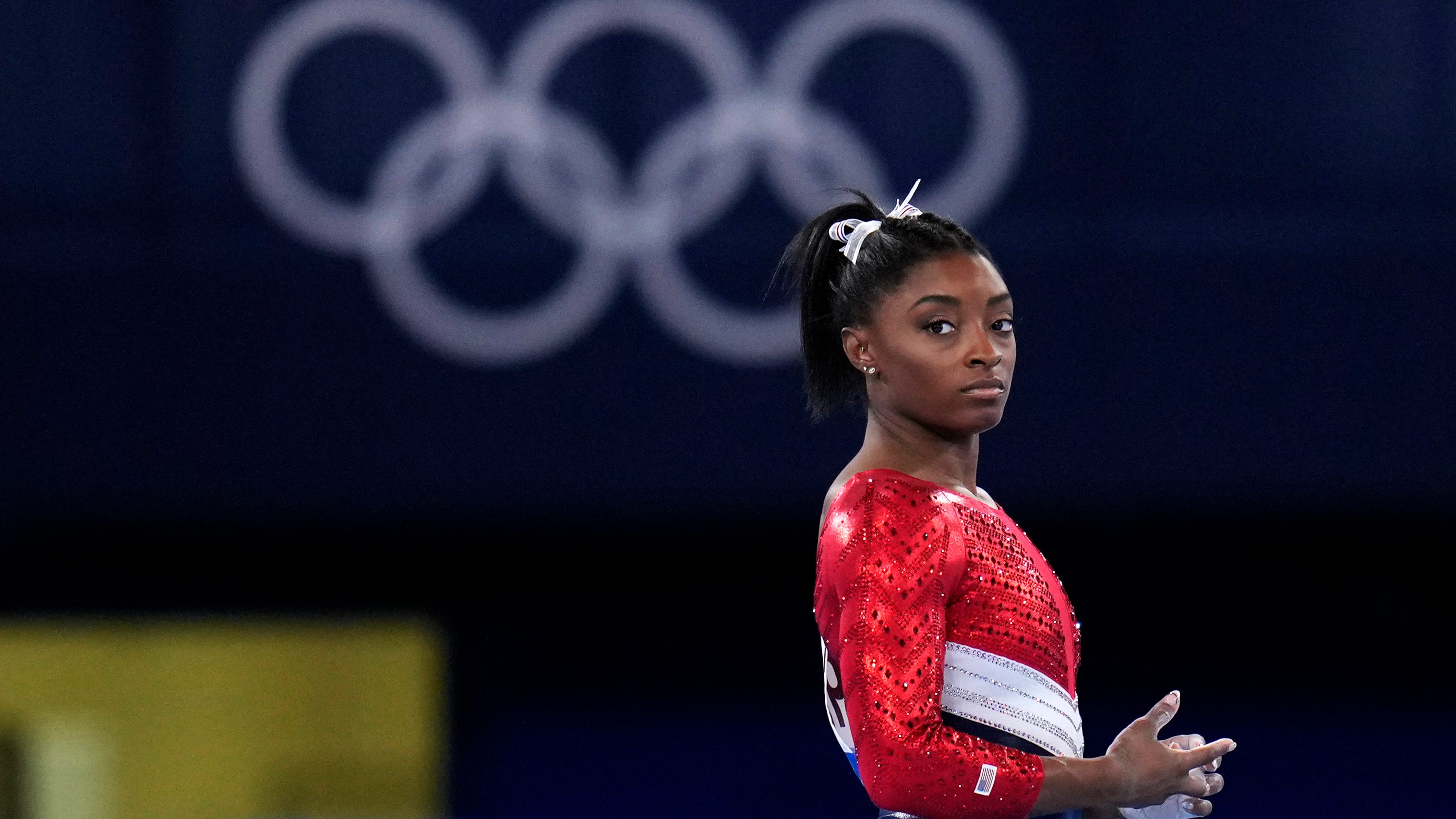 Biles performed a slightly altered routine on the balance beam, earning a score of 14.000. She finished third in the eight-woman final, behind China’s Guan Chenchen (14.633) and Tang Xijing (14.233). Olympic all-around champion Sunisa Lee of the United States finished fifth.

Biles had previously withdrawn from individual events last week — all-around, vault, floor, uneven bars — citing mental health concerns. She took herself out of the competition during the first rotation of the team finals on July 27 after attempting to perform her planned vault. She fell a full twist short of completion and landed awkwardly, resulting in a low score.

Biles said she "didn’t know where I was in the air" — a common problem gymnasts refer to as "the twisties" when trying to make extremely difficult moves.

She spent the week continuing to train under the evaluation team physicians before announcing her decision to compete in the balance beam finals -- the final event of artistic gymnastics action at the Ariake Gymnastics Centre.

Biles is now tied with Shannon Miller for the most Olympic medals by an American gymnast. 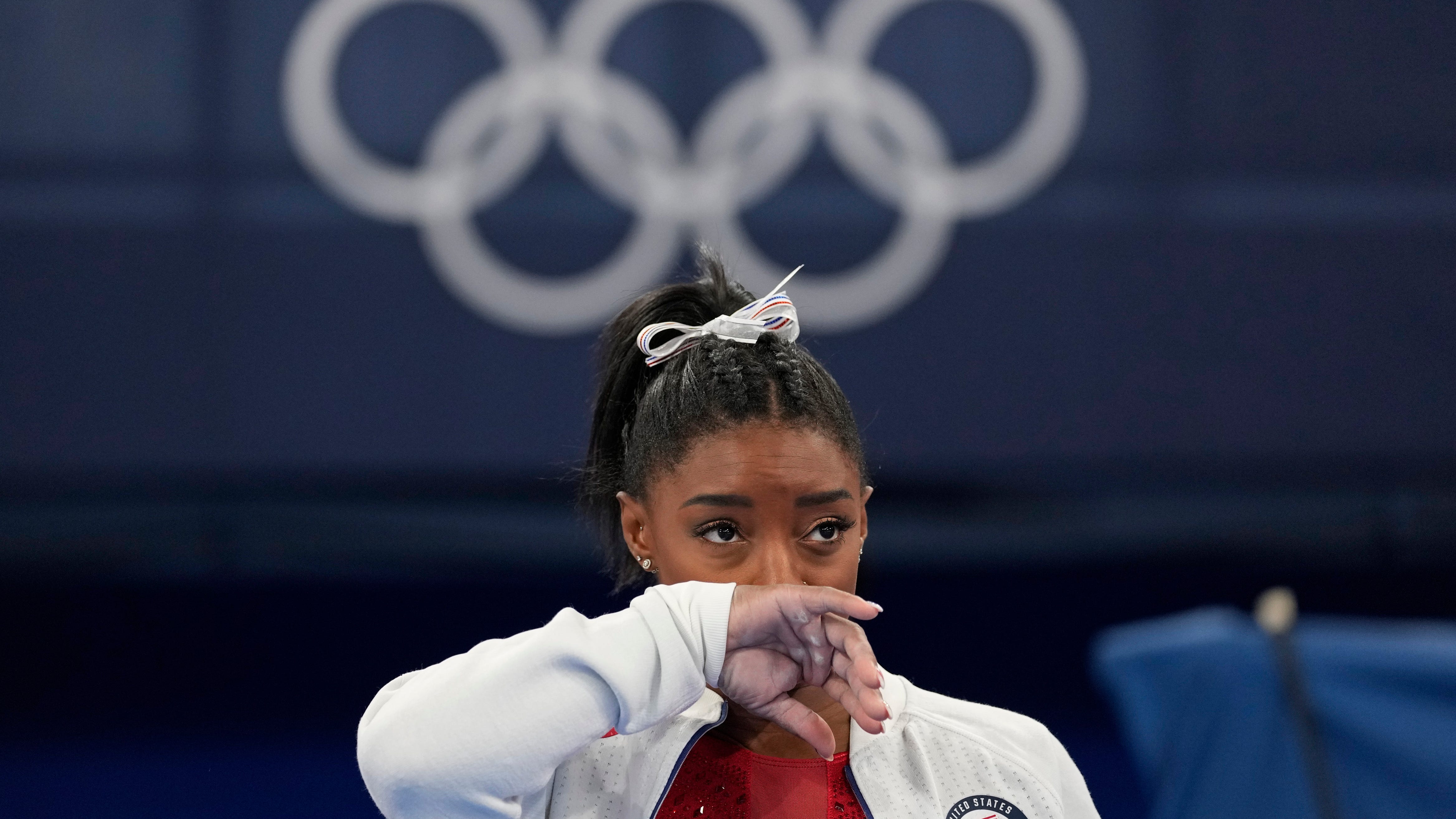 'OK not to be OK': Mental health takes top role at Olympics