A new video of life-like robots completing a parkour obstacle course will either leave you impressed at what the androids can pull off, or scared for day when the mechanical humanoids might take over. 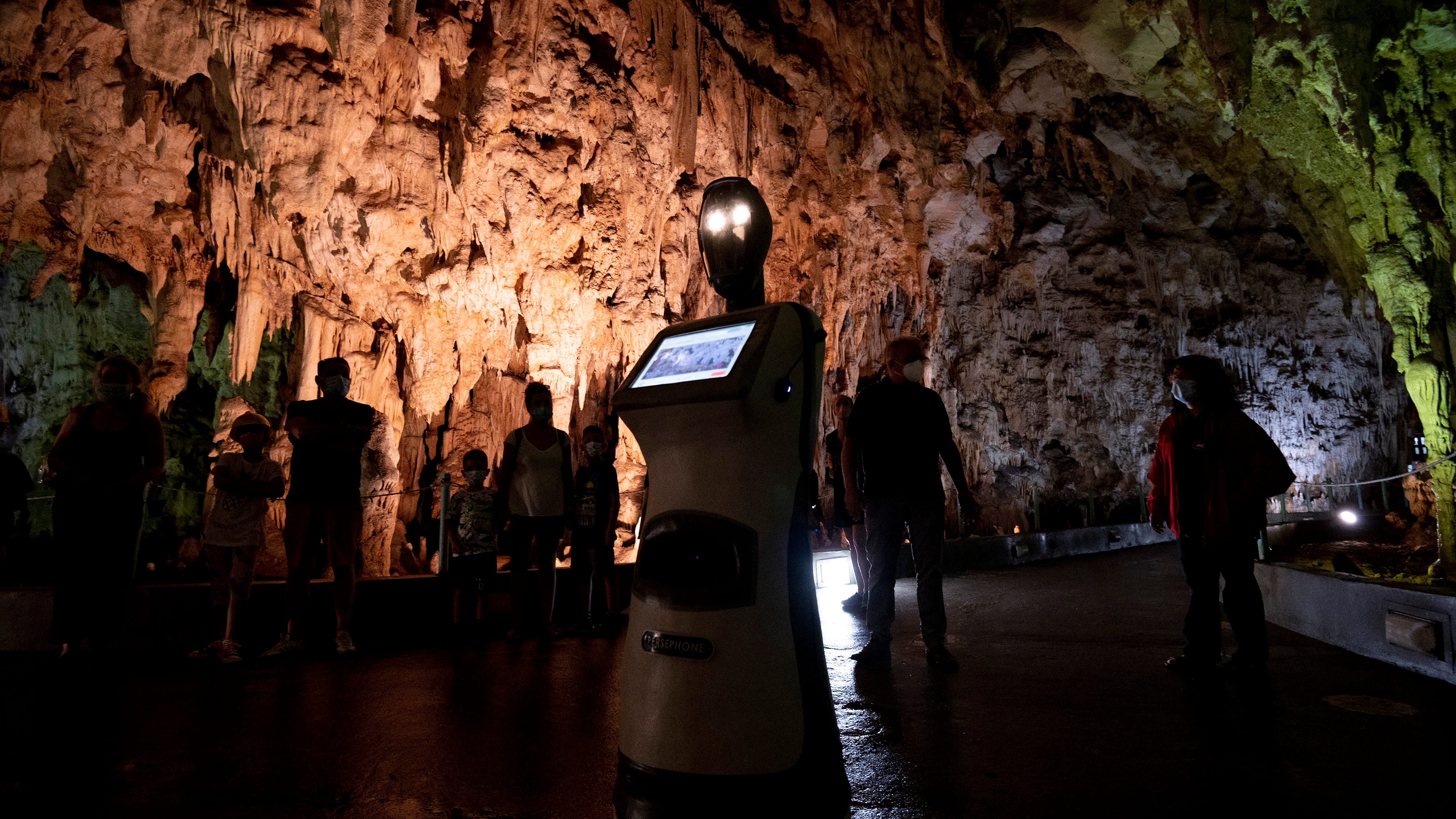 Persephone, the robot guide, leads visitors in a Greek cave

The video shows one robot running up a series of banked plywood panels, jumping a gap, running up and down stairs and vaulting over a balance beam. A second robot takes its turn on the course, leaping onto a balance beam and following the same steps in reverse. Both robots finish the course by landing synchronized backflips.

By training Atlas to maneuver its way through complex parkour courses, engineers develop new movements inspired by human behaviors and push the humanoid robot to its limits, Boston Dynamics said in a statement.

Parkour is the perfect sandbox for the Atlas team to experiment with new behaviors. Through jumps, balance beams, and vaults, we push Atlas to its limits to discover the next generation of mobility, perception, and athletic intelligence. https://t.co/xZRNVnhrkc pic.twitter.com/E0ssh45ZCi

"If robots can eventually respond to their environments with the same level of dexterity as the average adult human, the range of potential applications will be practically limitless," the statement said.

The robots have a control system that allows them to make critical adjustments on the fly to maintain balance and posture goals. They can sense and react to the environment while switching behaviors and coordinating actions. The robots instinctively try to recover if they make a mistake or stumble while running the course. The company said it took engineers months of "painstaking and incremental" work to arrange and program the exercise for the robots to complete almost flawlessly.

Why do we do parkour with Atlas? Go behind the scenes at Boston Dynamics to see how we push Atlas to its limits to discover the next generation of robotics. Watch the full video: https://t.co/o40mRGMuhb pic.twitter.com/eLdQTEcAMj

The Atlas robot has demonstrated impressive behaviors in previous videos released by the company. Footage of the robot dancing has been viewed more than 33 million times on YouTube. Another video of Atlas running through the grass outside has more than 11 million views.

Boston Dynamics is also known for its dog-like robot called Spot. The four-legged machine can navigate challenging terrain and explore without boundaries, allowing users to automate routine inspection tasks and capture accurate data safely. The company says Spot is useful in a variety of industries, such as construction, oil and gas, manufacturing and even public safety -- though the last category hasn't shown to go over so well.

The New York City Police Department earlier this year was utilizing the Spot robot, which it nicknamed "Digidog." The canine-like android was only deployed in a few cases, including a hostage situation, but it quickly gained backlash. The robot was labeled by critics as "creepy" with many people and even legislators citing concerns that the use of the technology would lead to increase surveillance. Others were concerned about the $74,000 price tag involved with the robodog. In the end, the department decided to abandon the program and returned the robot to the company. 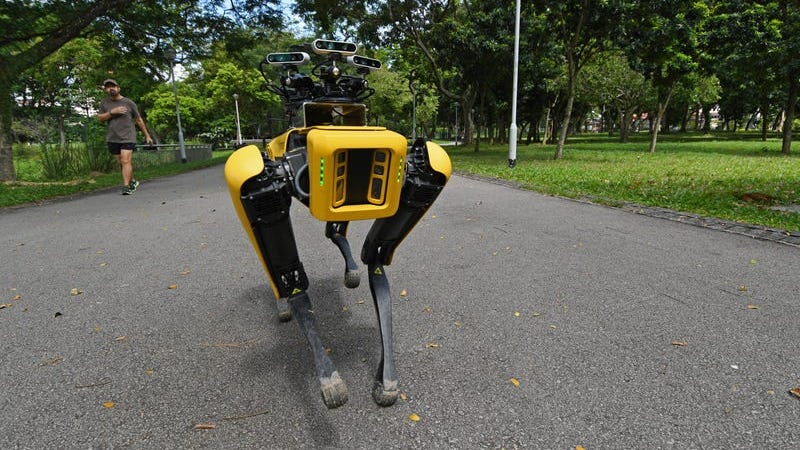