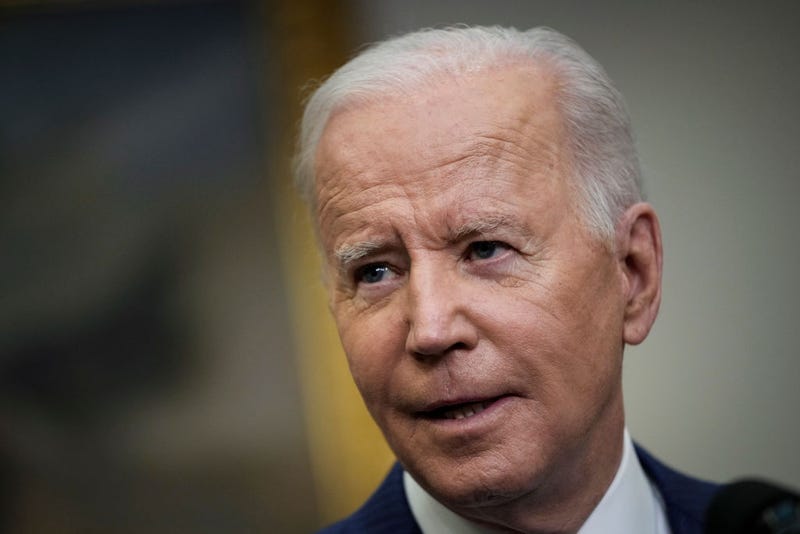 President Joe Biden is set to visit Pittsburgh on Friday to discuss infrastructure. Ironically, the president's visit comes just hours after a major bridge collapsed in the city, sending at least 10 people to the hospital.

The White House has been notified about the collapse and said it will not affect Biden's visit, which is still happening as planned.

Biden is expected to deliver a speech at Carnegie Mellon University's Mill 19 research and development center in Hazelwood. He's scheduled to arrive at the mill around 1:25 p.m. and will be in town until just after 3 p.m.

The main focus of his speech will be the $1.2 trillion infrastructure bill that was passed in November.

"The President will talk about how his Bipartisan Infrastructure Law is already strengthening in our supply chains and critical infrastructure – our roads, bridges, ports, airports, and more – giving us an edge in producing more in America and exporting it to the world," the White House said, previewing the president's remarks.

Part of the infrastructure bill includes $1.6 billion to improve bridges across Pennsylvania. Michael Lamb, city controller for the City of Pittsburgh, said Friday's bridge collapse shows just how desperately those funds are needed. 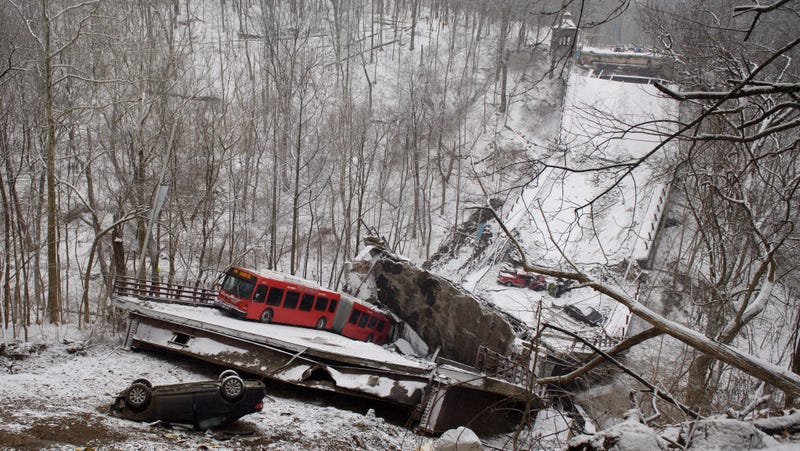 Vehicles including a Port Authority bus are left stranded after a bridge collapsed along Forbes Avenue on January 28, 2022 in Pittsburgh, Pennsylvania. Photo credit Getty Images

"The collapse of the Frick Park Bridge this morning is a reminder that investments in infrastructure are investments in public safety," Lamb said in a statement. "If we do not act, events like this will, unfortunately, continue to happen."

Biden is also expected to highlight the "remarkable economic progress" his administration has made over his first year in office, including "the fastest single year of job growth in American history, the biggest unemployment drop on record, and... the fastest economic growth in 2021 in almost four decades," the White House said.

His speech will touch on strengthening the nation's supply chains, revitalizing American manufacturing, creating good-paying, union jobs, and building a better America, the White House added. He will also "underscore the vital role that the federal government plays in bringing workers and businesses together, and in catalyzing big investments in our industrial base."

The Scranton-born president has a soft spot for Pittsburgh; he both began and ended his campaign in the city. He's also held eight events in Pennsylvania since taking office.

White House press secretary Jen Psaki said Biden is aware of the bridge collapse and "will stay in touch with officials on the ground about additional assistance we can provide." She added that the president is grateful to the first responders who rushed to assist the drivers who were on the bridge at the time.

Several cars and a city bus were crossing the Forbes Avenue bridge in Frick Park when it collapsed just after 6 a.m. Ten people were taken to the hospital for treatment, but none of the injuries are considered life-threatening.

A cause of the bridge collapse is under investigation.

Traffic backups and detours can be expected for the duration of the president's visit. Pittsburgh Public Safety officials have warned of a number of rolling road closures and traffic restrictions. 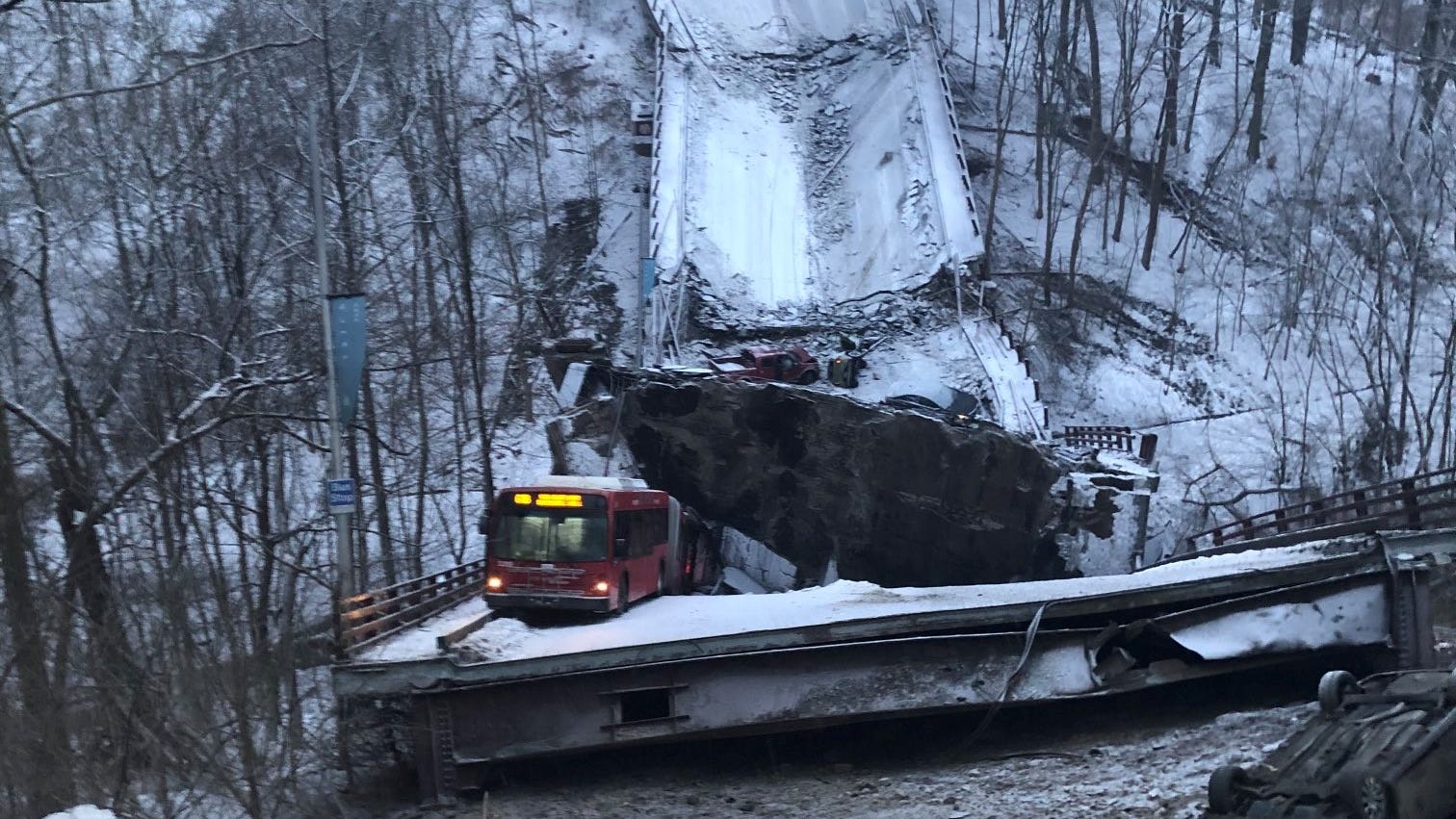 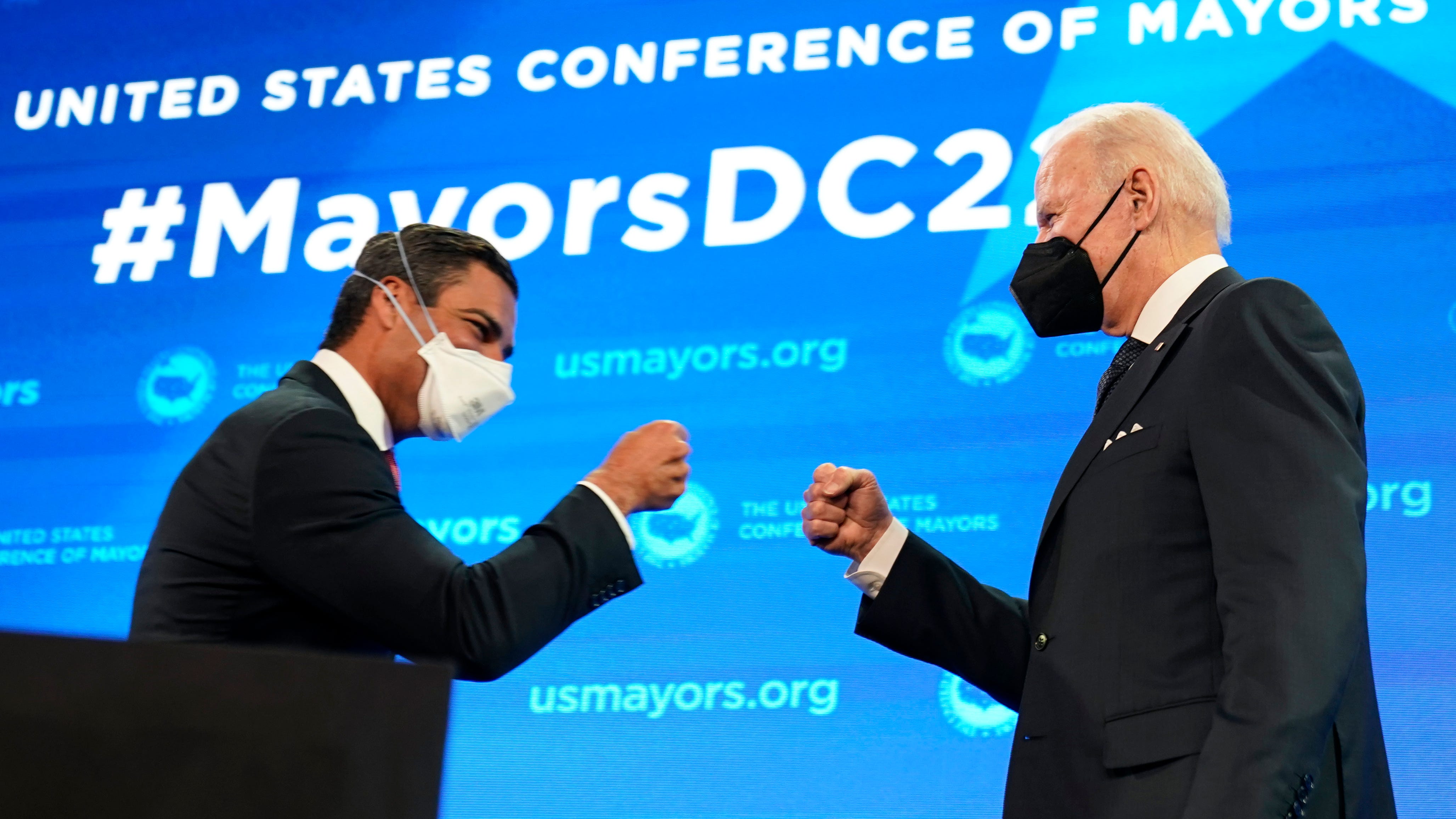 Biden enlists mayors as allies on infrastructure and economy