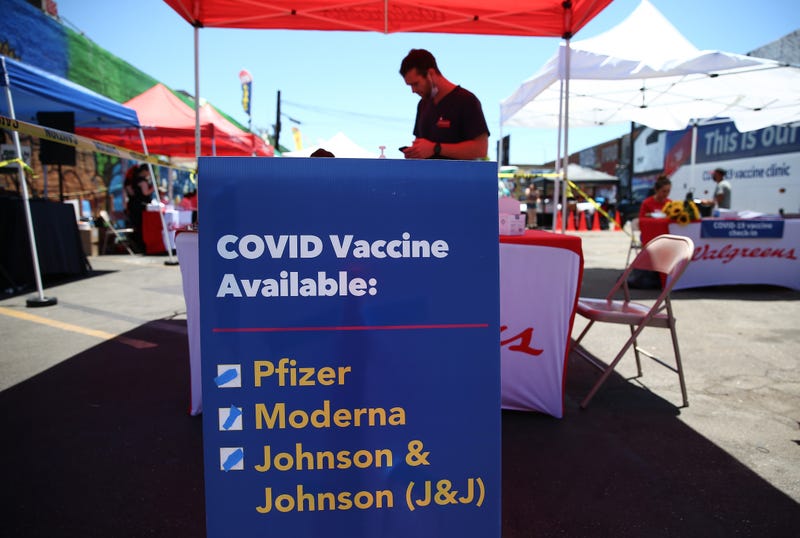 The U.S. Food and Drug Administration reportedly is expected to approve boosters of the Moderna and Johnson & Johnson COVID-19 vaccines this week. The agency will likely, in turn, allow Americans to receive a different booster than the dose they initially received.

That doesn't mean Pfizer and Moderna recipients are likely to receive the opposite mRNA vaccine as a third dose, according to Dr. Amesh Adalja, Senior Scholar at the Johns Hopkins Center for Health Security. Rather, Johnson & Johnson recipients would be cleared to receive a dose of the Moderna vaccine.

Neither company has asked for that form of approval, but a study presented last week to a Food and Drug Administration advisory committee showed that Johnson & Johnson recipients who received a Moderna dose as a booster increased their antibody levels 76-fold over 15 days. That was compared to a fourfold increase following a second Johnson & Johnson dose.

"It's less about the efficacy of the Johnson & Johnson vaccine," Adalja told KCBS Radio’s Jeff Bell and Patti Reising. "It's more about using different technologies that stimulate your immune system in different ways to get you a more robust boost."

Adalja warned that the findings are preliminary, but promising nonetheless. Still, mixing and matching additional doses could add more hurdles to what Adalja admitted already is a complex process.

Boosters, currently, are only available for certain recipients of the Pfizer vaccine in the U.S. Separately, the Centers for Disease Control and Prevention recommends that people who are at least moderately immunocompromised are eligible for a supplemental third dose of either mRNA COVID-19 vaccine.

As for guidance on which sequence of vaccines is preferred, Adalja speculated that the Food and Drug Administration could authorize mixing and matching, while the Centers for Disease C