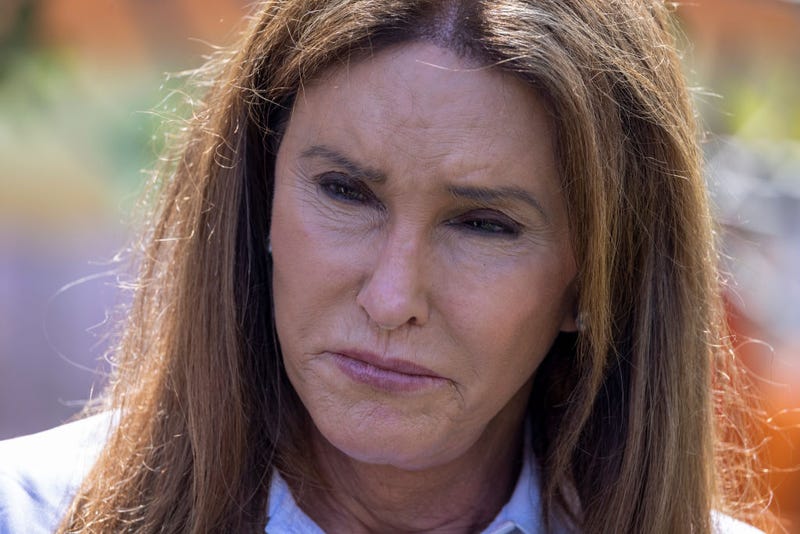 While Caitlyn Jenner is one of the most high-profile transgender public figures, the Olympic gold medal-winning decathlete this week argued against trans women participating in women’s sports.

Jenner went by the name Bruce Jenner and identified as male during her athletic career. She retired from competition in 1976 and announced her gender transition nearly 40 years later.

Jenner joined the show to discuss a National Collegiate Athletic Association board policy review and University of Pennsylvania swimmer Lia Thomas, who has broken records and sparked discussion over fairness, according to The Washington Post.

“The NCAA Board of Governors on Wednesday voted in support of a sport-by-sport approach to transgender participation that preserves opportunity for transgender student-athletes while balancing fairness, inclusion and safety for all who compete,” the organization said Thursday.

“We are steadfast in our support of transgender student-athletes and the fostering of fairness across college sports,” said John DeGioia, chair of the board and Georgetown president. ‘It is important that NCAA member schools, conferences and college athletes compete in an inclusive, fair, safe and respectful environment and can move forward with a clear understanding of the new policy.”

Meanwhile, Jenner said she does not think Thomas’ participation in women’s sports is fair or good for the transgender community.

One study published by the British Journal of Sports Medicine has found that trans women had a 15–31 percent athletic advantage compared to cisgender women and retained a 9 percent faster mean run speed after one year of testosterone suppression. However, Dr. Joshua Safer, executive director of the Mount Sinai Center for Transgender Medicine and Surgery has found that “a person’s genetic make-up and internal and external reproductive anatomy are not useful indicators of athletic performance,” according to the American Civil Liberties Union.

Fox said that women’s sports advocates and parents at Penn have recently spoken out against the NCAA and its rules on transgender student-athlete participation. Rules require trans women athletes to undergo at least a year of testosterone suppression treatment before competing on a women’s team.

Per the newest NCAA guidelines, “transgender student-athletes will need to document sport-specific testosterone levels beginning four weeks before their sport's championship selections,” and “starting with the 2022-23 academic year, transgender student-athletes will need documented levels at the beginning of their season and a second documentation six months after the first.”

Fox News said 22-year-old Thomas has been receiving treatments for her transition for three years. Before she joined the women’s team in 2020, she also competed on a men’s swimming team, said the outlet.

Thomas is expected to compete at next month's Ivy League championships and has already qualified for the NCAA championships in March.

Although Jenner noted that suicide rates are higher in the transgender community and that she is happy that Thomas is living as her true self, the 72-year-old also told Fox she thinks women’s sports must be protected.

“All of this woke world that we are living in right now is not working,” Jenner said.