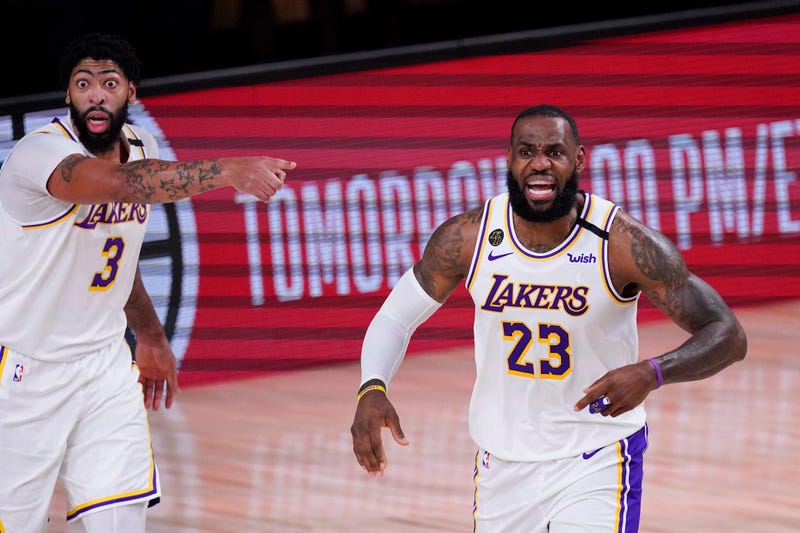 LAKE BUENA VISTA, Fla. (AP) — The Los Angeles Lakers are going to the conference finals for the first time in a decade, ending the longest drought in franchise history.

LeBron James is going there for the first time since 2018. For him, that also qualifies as ending a drought.

James scored 29 points and the Lakers wrapped up their first trip to the Western Conference finals since 2010 by topping the Houston Rockets 119-96 on Saturday night in Game 5 at Walt Disney World.

“It’s the reason I wanted to be a part of this franchise, to take them back to a place that they were accustomed to being — and that’s competing for a championship,” James said. “It’s an honor for me to wear the purple and gold, and for us, we just try to continue the legacy.”