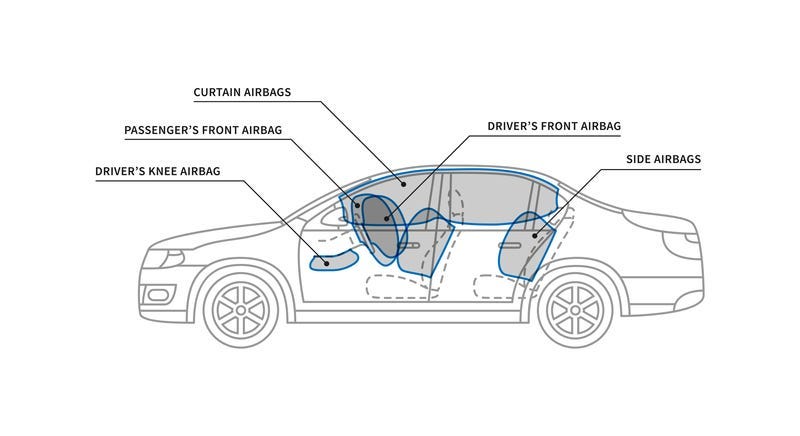 Defective airbags under recall by the National Highway Traffic Safety Administration have not been replaced.

According to a release from the NHTSA, long-term exposure to high heat and humidity can cause these air bags inflator unit to explode when deployed. Such explosions have caused injuries and deaths.

The airbags, manufactured by Takata, are under recall because when they deploy the inflator can explode upon deployment blasting sharp metal fragments at drivers and passengers, resulting in serious injury or death, even in a minor crash.

The National Highway Traffic Safety Administation reports at many as 100-thousand cars and trucks have not had the recalled airbags repaired or replaced.  Almost every major automobile manufacturer has a recall of these defective airbags in place.  NHTSA feels these airbag replacements are so crucial, a specific 'Do Not Drive' list has been compiled.  They are 2001-2003 Honda and Acura models and 2006 Ford Ranger and Mazda B-series pickups are part of a special list:

The release says at least 400 unrepaired airbags fall into the high-risk 'do not drive' list.

Repair and replacement costs of recalled airbags are already covered at no cost to you by the manufacturer.