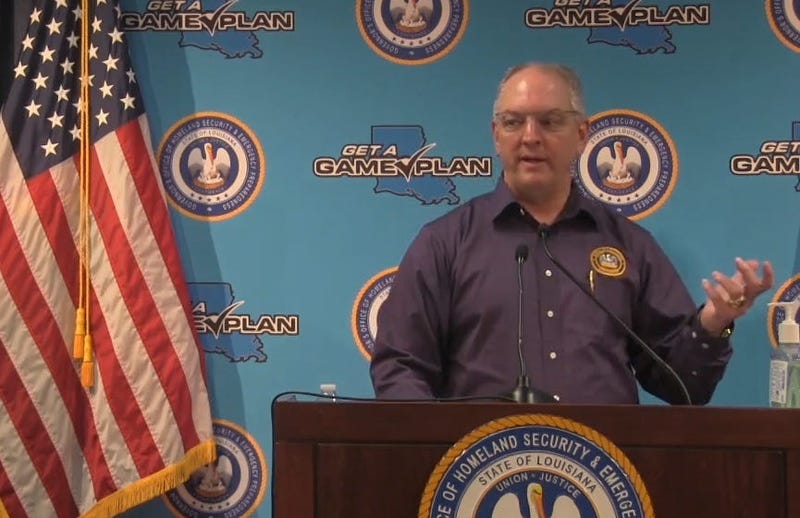 Louisiana saw small crowds of protesters in the Capital over the weekend calling for the state to end its stay at home order, with more protests apparently set for this weekend.

Governor Edwards says those complaints about the shutdown won’t shake him from the position that the stay at home order will hold until April 30th.

“I really don’t need anybody protesting me to tell me that we ought to open up the economy as soon as we can, I get it, nobody wants to do that more than I do, but as a governor I am going to protect public health and safety,” says Edwards.

But he says if he were a betting man he’d bet a dollar that the statewide restrictions come May 1st will not the same they are today, but says criteria for reopening remain firm: A measured 14 day period of declining cases, hospital capacity, and a decrease in reported influenza like illness.

Edwards made the statements at his daily afternoon press conference. He also announced Popeye’s was donating one million meals to a New Orleans foodbank. He says he called their CEO.

“I thanked him for that generous donation, and also for that chicken that I enjoy on occasion. I happen to be a big fan of Popeye’s spicy fried chicken,” says Edwards.