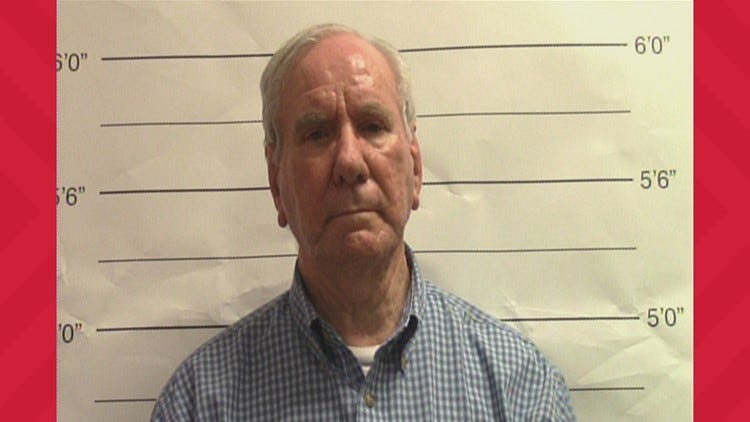 A former deacon who was removed from the Catholic Chuch after several sexual abuse allegations was jailed Saturday on one count of first-degree rape.

According to a report by The Times-Picayune/The New Orleans Advocate, 84-year-old George Brignac was reportedly arrested in relation to an August 2018 complaint,

Brignac worked as co-director of the altar boy program in the 70s and 80s at Our Lady of the Rosary Parish, on the block where the complaint came from -.

The Archdiocese of New Orleans released a short statement Saturday:

"We just learned of the arrest of George Brignac. We too seek truth and justice and as always, we pledge our full cooperation in the law enforcement investigation," archdiocese spokeswoman Sarah McDonald said.

According to the newspaper's report, the Archdiocese of New Orleans has already paid hundreds of thousands of dollars to people who claim Brignac abused them. Despite facing charges of molesting boys at a Jefferson Parish church in the 1970s, he has never been convicted of a sex crime.

Similar charges in 1980 and 1988 had Brignac removed from the ministry.

Until last year, Brignac had been allowed to read as a lector at a church in Metairie.

His name was on a 57-person list released in November that gave the names of priests and deacons with ties to New Orleans and credible child abuse accusations against them.

Brignac appears to be the first on the list to face charges.

He would face a mandatory life sentence if convicted of first-degree rape. The crime has no statute of limitations, meaning prosecutors can charge him no matter how long ago he allegedly committed the crime.

No court date was immediately available for Brignac.