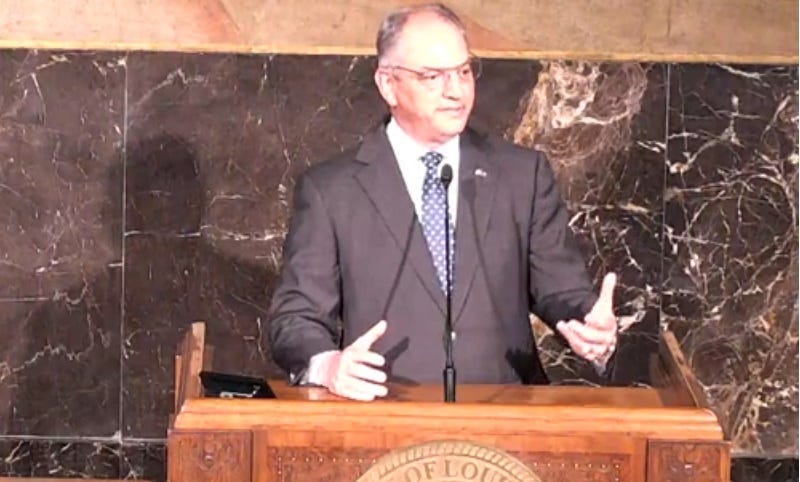 As the nation reacts to the violent death of George Floyd, Louisiana Governor John Bel Edwards says he appreciates citizens of Louisiana keeping protests civil and nonviolent. Edwards says Floyd’s death was unnecessary, and described what he saw on the video of Floyd's arrest as "below what's...acceptable."

“Egregious, it was very far below what’s appropriate and acceptable. I don’t think any reputable member of society would disagree with that assessment or find that his actions were acceptable,” says Edwards.

Edwards, whose family has a background in law enforcement, says the procedure used to restrain Floyd is not an approved method in police training.

“It was bad enough with respect to that officer, it’s made worse by the fact that you had two or three other officers standing by who didn’t intervene and correct the situation on the spot before it ever got to the point of Mr. Floyd’s death,” said Edwards.

Edwards says citizens in the state handled themselves appropriately in 2016 and he vows to work with protesters in the same manner now.

“We’re here to work with them going forward to try to make sure that everyone can exercise their First Amendment rights and give voice to their concerns which obviously are sincere,” the governor said.