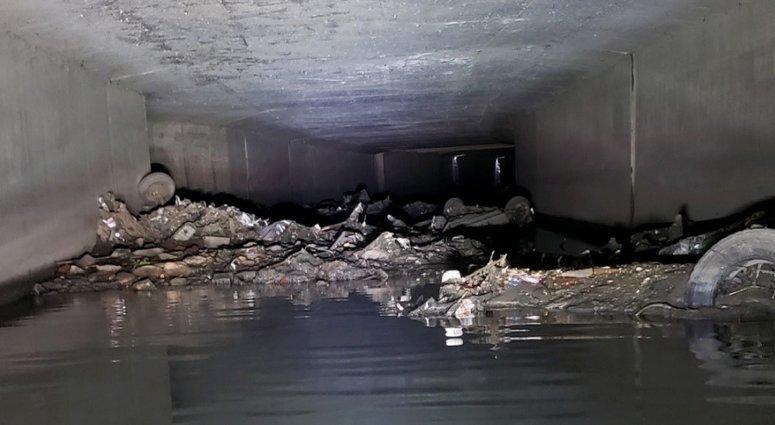 The good news:  500-cubic yards of material, mostly the big mounds of junk causing the major impediments in the Lafitte Canal, including the car, have been removed.  The bad news:  At just 950-tons removed, there's over 22,000-tons left to go.

New Orleans Sewerage and Water Board reported Wednesday there is a two-foot deep compacted layer of mud and silt along the bottom of the Lafitte Canal.  That amounts to around 22-thousand tons of debris that will need to be shovelled, scraped, dug out and bulldozed to clear the three mile canal.

Agency head Ghassan Korban says the SW&B was forced to leave the two-feet layer along the bottom of the canal due to a lack of funding to complete the job.  But Korban considers removing the 950-tons of built up junk, which was responsible for serious impediment of water flow, a major accomplishment.

According to WWL-TV, Korban used graphics at Wednesday's meeting to show the costs involved with clearing the canal of the major impediments:  $575,000 for the initial clearing, $100,000 for the inspection and $475,000 for debris removal using cranes, front-end loaders and other specialized equipment.

New Orleans mayor LaToya Cantrell stated much of the canal was untouched since 2005 after Hurricane Katrina hit the city.  She stated it took decades of neglect to reach this point of crisis in the system.