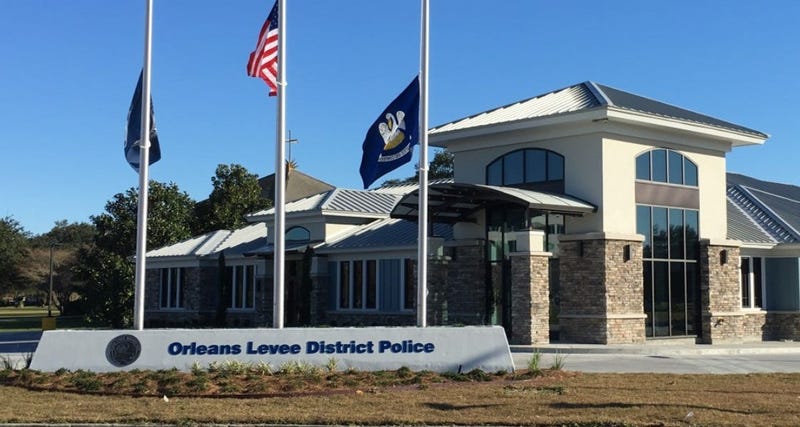 "New Orleans Police Department dispatch received a call around 2:50 PM concerning reckless driving in a parking lot on the Lakefront. In response, a uniformed OrleansLevee District police officer in a marked police unit arrived on the scene at the 5000 block of Lakeshore Drive," Flood Protection Authority Public Information DirectorAntwan Harris said in a news release.

He says the cop was going to approch the driver.

Harris says two people in the car were injured.

"The driver and the passenger of the suspect vehicle were taken by ambulance to a local hospital. The officer was not injured."

"We are working a shooting at Franklin Avenue and Lakeshore Drive," according to a message from the NOPD public information office.

A short time later, the PIO notified the media that Levee Police were on the scene and were involved in the incident.

"This is an Orlean Parish Levee District Police involved shooting."

The NOPD's Force Investigation Team (F.I.T.) is investigating an officer-involved shooting that occurred Sunday (February 16, 2020), near the intersection of Lakeshore Drive and Franklin Avenue.
Around 2:40 p.m., Third District officers responded to a shooting incident in the area. Upon arrival, officers learned the incident involved the Orleans Levee District Police Department. At this time, the NOPD’s F.I.T. Unit became the primary investigating unit.
There were no NOPD officers involved in this incident.
The investigation remains active and ongoing. There are no further details available at this time. Anyone with any additional information regarding this incident is asked to call 504-658-6800.