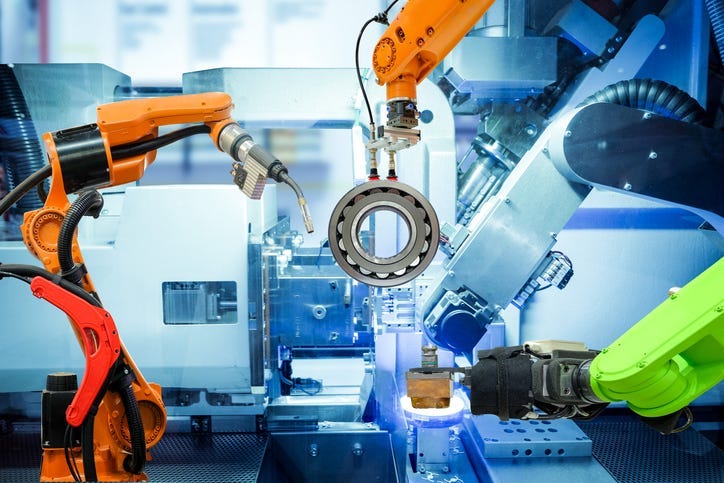 A new report from Oxford Economics says Louisiana is one of two states most likely to lose jobs to robots.

Louisiana is tied with Oregon for the top spot on the 'robot vulnerability index.'

That's the index used to determine which regions or states are likely to see the most jobs lost to automation by 2030. It highlights places that do not currently use many robots, as compared to international competitors, and are dependent on lower-skilled manufacturing jobs.

"We possibly have a disproportionate amount of those types of positions that somebody's going to build a machine to take over for them," says UNO Business professor, Mark Rosa.

"Just to suggest that we would be affected most, then that also suggests that we've got these types of jobs that a machine could somewhat easily replace."

And, the study says those are the areas in which automation will take a disproportionate toll.

"I'd be of the opinion that, anybody that's going to lose their job to a robot substitute...that's usually entry-level work, something that could be done repetitively by a machine," Rosa says.

However, the Oxford study notes that areas with reliance on tourism or financial and business services are associated with lower scores on the robot index. So, New Orleans would seem to be somewhat more insulated from the automation trend.

"If you want a smiley face and not people just doing things on phones...you go into a restaurant and you're being served...those things would be hard to replace with machinery. So, you've got some of that interface. And tourism is, of course, a big deal to New Orleans. And their jobs are safer."

Rosa also notes that an automation invasion is not necessarily a bad thing, as the rise of the robots will boost productivity and economic growth creating new jobs.

Following Louisiana and Oregon on the 'robot vulnerability index' are Texas, Indiana and North Carolina. Hawaii had the lowest score, followed by Washington, D.C., Nevada, Florida and Vermont.