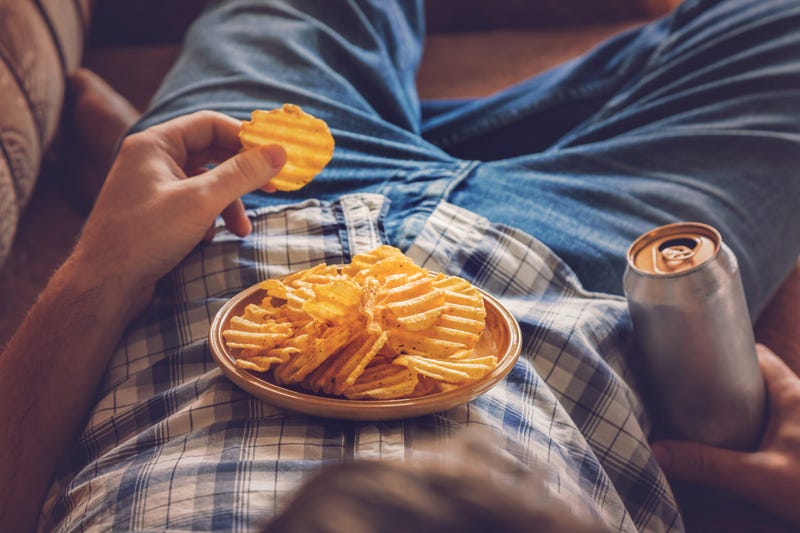 A OnePoll survey of Americans finds two-thirds of people admit to gaining weight since the pandemic began with most saying its due to snacking.

LSU Health New Orleans Professor of Public Health Melinda Sothern says that’s not surprising because there’s a lot of scientific literature explaining why we’re snacking more often now, and she’s seeing it come up as a frequent issue in her zoom meetings with paitents.

“They were not in their routine and whenever your routine is upset you tend to adopt behaviors that may not be healthy for you,” says Sothern.

69 percent of respondents said the increased snacking was due to boredom.

Sothern says this is a really bad time to be packing on the extra pounds as COVID tends to be worse in people who are overweight.

“We definitely do not want to be doing behaviors that will add excess fat, especially excess fat around the stomach area, which is the kind that tends to produce inflammation,” says Sothern.

20 percent of Louisiana COVID fatalities were obese, 37 percent had diabetes, and 62 percent had hypertension.

Sothern says the best way to beat the munchies is to avoid keeping snacks in your house or to replace them with healthy alternatives. Also, learn to tell the difference between when you want and need something.

“Craving means you smell or you see a food and you want to have it, but hunger means you actually are feeling those hunger pains and so we ask that they pay special attention to those cues and makes sure that they are actually hungry,” says Sothern.

Sothern adds that disruptions in your sleep schedule can also lead to increased eating.