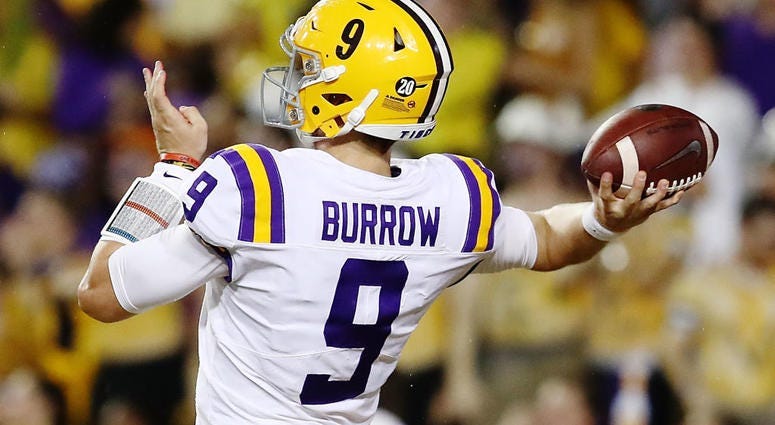 LSU QB Joe Burrow’s incredible 81.8 percent completion percentage may be thanks in part to some cutting edge science that tracked receivers’ optimal routes based on their eye strength.

Over the summer LSU Director of Athletic Training Jack Marucci wanted to find out why the team dropped so many passes last season. He says the answer was inspired by another sport.

“I got it from hitters. When I went to spring training I wanted to know what makes up a good hitter?” said Marucci. “Why are they able to see the ball differently and why are they hitting in these specific zones?”

So Marucci studied film to discover which routes produced the best outcomes for each receiver, and then hooked those receivers up to $14,000 dollar goggles to test the hypothesis.

“We are looking at their pupil dilation and restriction. We can see how they are bringing in the ball, so is one eye picking it up a lot stronger than the other, or are they able to use that eye when they run another route?” said Marucci.

He found that 85-90 percent of dropped passes came on routes where receivers had to rely on their non-dominant eye.

That data has helped the team develop a passing scheme that routinely has players running routes matched to their field of vision. For example, senior receiver Derrick Dillon.

“So he is a player that you would say is very dominant going to one side so let’s try to put him in a position of success.” said Marucci.”