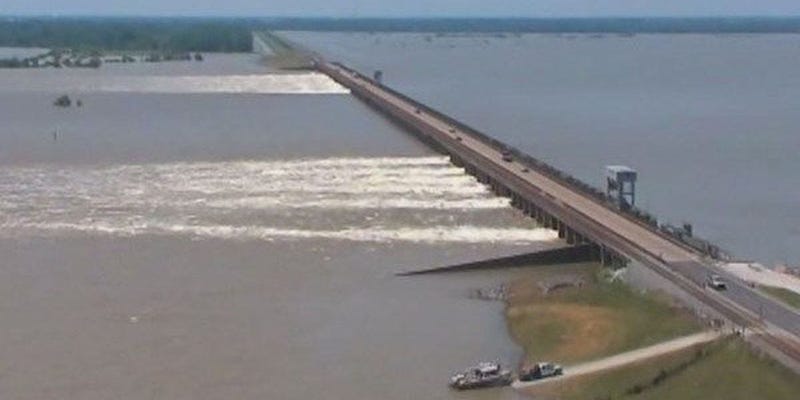 Louisiana Lt. Governor Billy Nungesser is supporting a Gulf-wide coalition that wants FEMA to declare a state of emergency specific to Gulf seafood and its related industries.

This comes as the U.S. Army Corps of Engineers prepares to open the Morganza Spillway Thursday, June 6th,, sending fresh water into a fragile ecosystem that is home to a wide variety of Gulf seafood.

"The opening of the Morganza Spillway will cause severe damage to the Atchafalaya Basin, our nation's largest estuary," said Nungesser. "The opening of the Bonnet Carre Spillway earlier this year already has negatively impacted seafood in lakes Pontchartrain and Borgne, as well as fisheries in Mississippi. New fresh water flow into the Basin will further impact the livelihoods of thousands of Gulf fisherman, as well as crawfish and oyster farmers.  My office is also asking Congress to include assistance for the Gulf seafood industry in any future disaster recovery bills."

"The Atchafalaya is larger than the Florida Everglades," said Jim Gossen, president of the Gulf Seafood Foundation. "It is the nesting ground and home to more than 100 different species of fish and aquatic life. The basin is the birthplace of our commercial fishing industry. It is a biological transition zone required for the survival of many species of fish and wildlife. The entering floodwaters will be detrimental to that natural balance for months, if not years to come."

Gossen said the Gulf organizations are calling for a unified show of support by all Gulf State governors to come to the aid of a seafood industry that has been in steady decline since Hurricane Katrina in 2005 and the BP Oil Spill in 2010. "We are planning to have this petition on the desks of all Gulf governors as soon as possible."

According to FEMA, businesses in a declared disaster area may be eligible for financial assistance from the Small Business Administration, as well as a host of other services.