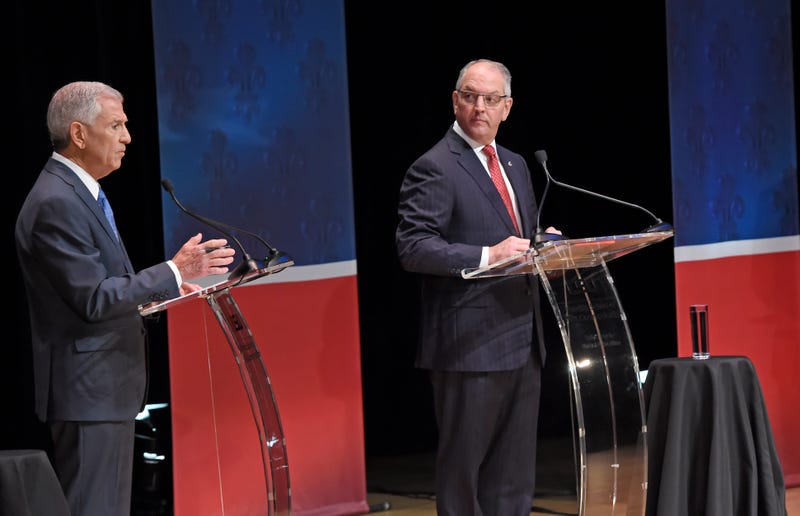 Asked about the governor's military experience and West Point background, Rispone told KSYL Radio that he is "disappointed in that, if I have to be candid."

"I think he is hurting the reputation of West Point," the GOP hopeful explained. "I don't think West Point wants to turn out a bunch of trial lawyers that will say or do anything to stay in power."

The governor called an afternoon news conference to respond.

"It was offensive," Edwards said. "I would just point out that Mr. Rispone went to college not to go in the Army.  I went to the Army in order to go to college."

Edwards went on to say while at West Point he was selected by 4,400 cadets to enforce the honor code.

He detailed that while he was serving eight years in the Army, his daughter was born very ill.  Edwards said he loved serving his country, but explained he left the military to be with his wife and daughter through a series of surgeries.

The governor also discussed how he graduated from LSU Law with honors and went home to Amite to be a country lawyer and help people in his community.

"I am offended by what Eddie said about me and about West Point and about my service."

"Several quarterly reports from the Trump Administration clearly detail that Louisiana's economy has improved since Gov. Edwards was sworn into office in 2016," the Edwards campaign released.

The governor sent  a package to Rispone that contained the latest economic reports from the Trump administration.

Rispone recently said, "We need to defeat John Bel Edwards to end his assault on our state’s industries and elect someone who will stand with our job creators."

He says Edwards has driven tens of thousands of jobs out of the state.