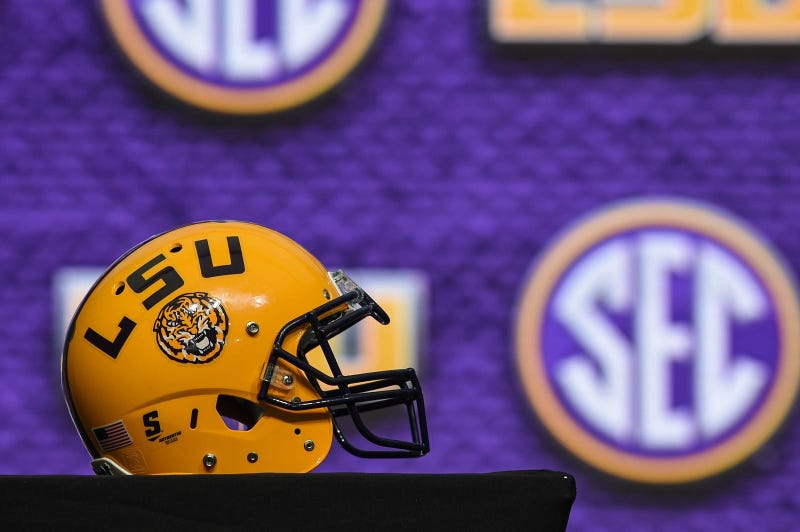 According to 247Sports the Tigers finally tally comes out to 3 five stars, 11 four stars, and 10 three star recruits. The team stole four guys from Alabama, three from Georgia, and two from Texas and Utah, but Orgeron says they sent a message that The Boot is Baton Rouge territory with eight of the top ten Louisiana prospects putting on purple and gold.

“We signed most of our players in state in that first period. We got John Emery to de-commit from Georgia, and kept those guys in state like Tyrion Davis, Kardell Thomas. Man, everybody in the country was coming after those guys.”

Alabama nabbed the other top 2 top ten players in the Bayou State.

Orgeron touted the fact that they only lost one player who they offered a scholarship to, but even then Coach O says he isn’t sweating the loss…

“We got the guys that we want, and we don’t worry about the guys we don’t get. I do believe that we gave it all we had on all the guys, and did it the right way. We went as hard as we possibly could.”

National signing day was a bit of a mixed bag for the Purple and Gold as LSU and Bama split the spoils on the top two prospects out of Amite High with the Tigers locking down one Warrior, four star athlete Devonta Lee, but failing to secure the second best defensive tackle in the nation, Ishmael Sopsher, who signed with Saban. Sopsher asked Tigers fans not to take it personally.

“It’s nothing political, but in life I have learned that there will be some who agree or disagree with my choices, but that’s ok. May god bless us all.

It’s yet another year of struggle for the Purple and Gold in Tangipahoa Parish, which has a history of sending some of it’s best players out of state. Sopsher says he preferred the NFL potential, and academic quality of the Crimson Tide.

“Coach Nick Saban is a great person. My biggest priorities when picking a school were just being comfortable, having a great education, and being coached so I can go on to the next level.”

But it was a big day for Amite High, a school that got significant airtime from the national press for both of it’s high profile stars. Lee thanked the Tangipahoa institution for putting him in the spotlight…

“I would like to say thanks to Amite High School, for allowing me to play in that purple and gold and be a Warrior. Again thank you all for the support throughout the year.”