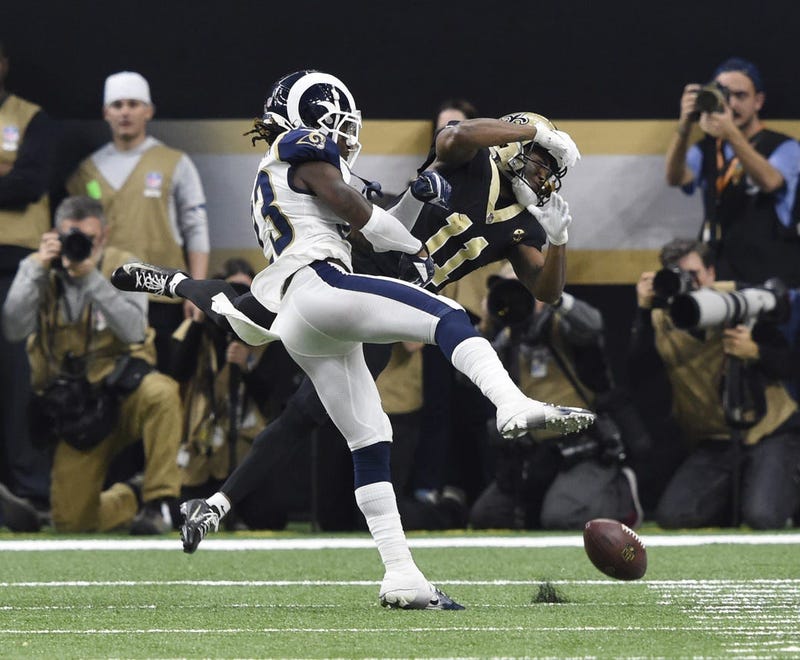 The NFL does have a mechanism that could, theoretically, give the Saints another shot at going to the Super Bowl after the league admitted that the officials blew the call on a play late in the NFC Championship that should have been called pass interference and a helmet to helmet hit on the Rams.

"The Commissioner has the sole authority to investigate and take appropriate disciplinary and/or corrective measures if any... calamity occurs in an NFL game which the Commissioner deems so extraordinarily unfair or outside the accepted tactics encountered in professional football that such action has a major effect on the result of the game," Rule 17 of the NFL Rule Book reads in Section 2.

So what can corrective measures can the commissioner take?

"The reversal of a game’s result or the rescheduling of a game, either from the beginning or from the point at which the extraordinary act occurred."

So, was this a routine error of omission or a judgmental error?  If it was, the result of the game can't be changed.  If not, the NFL Commissioner can order the game completely replayed or picked up again from the point of the missed call.

Consider this.  The NFL's head of officiating admits the crew blew it.  The defender, Nickell Robey-Coleman, admits he committed a penalty against Tommylee Lewis after he was beat on the play.  The video clearly shows both of the offenses (pass interference and helmet to helmet hit) that were not called.

But was it "so extraordinarily unfair or outside the accepted tactics"?

Unless compelling evidence can be quickly produced to prove that the officials intentionally didn't throw the flag because they were trying to change the outcome of the game; it would seem that the NFL will chalk this up to "judgmental errors or routine errors of omission," and the Saints will not get another shot this season.  The precedent of a re-do would be so massive that it will likely take an enormous conspiracy, not just a glaring mistake, to see Rule 17 enacted.

Bottom line... unless the officials got paid to change the outcome of the game and not throw that flag or had some other provable motivation they acted on to make the Saints lose, don't look for this to go any further.