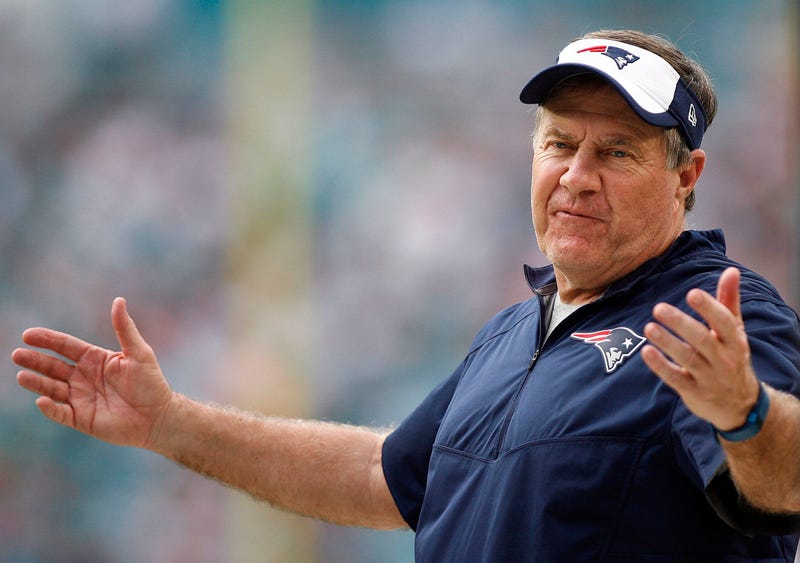 Everywhere you turn, you’ll likely find an overload of mock NFL drafts with prognosticators speculating where a college player might get drafted in rounds one through seven.

The league is even planning one as it prepares front offices for the first virtual draft while teams observe social distancing measures.

But correctly predicting the draft order is nearly impossible. Projecting two-thirds of the first round picks might happen, but the middle rounds of the draft? It's simply not going to happen.

One trade could in the first round could impact the rest of the draft.

Most mock draft try to take these factors into consideration.

But what if there were no rules. What would a mock draft look like then?

So for the sake of having some fun, let's come up with some wild scenarios for each team in the first round.

1.  Cincinnati Bengals: Instead of taking LSU quarterback Joe Burrow, the notoriously cheap Bengals decide to sell the first pick to the highest bidder (No this can't happen in real life). The New England Patriots scoop up the Bengals pick and select Burrow and a new Brady-like figure is born in New England.

2.  The Washington Redskins: Dan Snyder is also notoriously cheap as an owner and decides to follow the Bengals’ lead and sells the second overall pick to the Dallas Cowboys. Jerry Jones is so excited about the move he sends in a draft card with the name Troy Aikman on it. After the NFL rejects the selection. Jerry comes back to Earth and selects Ohio State pass rusher Chase Young.

3.  Detroit Lions: The reason the Lions are picking so high on an annual bases is the Ford family like the Bengals, and Redskins operate on a low budget. The Lions petition the league to allow them to hold onto every draft pick until the fourth round.

4.  New York Giants: The Giants at the request of Bill Parcells keep their pick and select an offensive lineman. Pick from any draft eligible player. Any in this class would be an upgrade for the Giants.

5.  Miami Dolphins: Tanking for Tua was the strategy for the fins this past season. The Dolphins medical staff screws up again (Remember Drew Brees), and they pass on Tua Tagovailoa. Instead the Dolphins contact the Saints about Taysom Hill. They are swiftly rejected, and select Dan Marino to come out of retirement and play QB.

6.  Los Angeles Chargers: The Chargers are no longer supercharged. Anthony Lynn is conflicted. He doesn't like Oregon QB Justin Herbert at this pick. So he picks up the phone and calls the Colts and negotiates a successful trade for QB Phillip Rivers, whom the Colts signed this off-season.

7.  Carolina Panthers: Matt Rhule in his first year as the head coach of the Panthers comes up with a brilliant idea. The Panthers trade Cam Newton to the defunct XFL, and select a new stadium with the pick.

8.  Arizona Cardinals: Arizona is so befuddled by MLB's plans to play their entire season in the state of Arizona, they don't turn the pick in on time and lose the selection.

9.  Jacksonville Jaguars: Owner Shahid Khan decides to forgo the draft entirely and installs an even bigger swimming pool at the Jaguars home stadium.

10.  Cleveland Browns: The NFL feels pity and awards the Browns an extra pick for their laughable incompetence over the last two decades. The Browns do what they do best, screw it up. Cleveland drafts LSU long snapper Blake Ferguson and Iowa State long snapper Steve Wirtel. The Browns really want to evaluate the long snapping position.

12.  Las Vegas Raiders: Sounds weird right? Jon Gruden remembers the QB he won a Super Bowl with in Tampa. Brad Johnson! His son is a quarterback at LSU. Max Johnson is a Raider.

13.  San Francisco 49ers: Coach Kyle Shanahan is still fuming over the loss to the Chiefs in the Super Bowl. He decides to draft a better and less conservative game plan.

14.  Tampa Bay Buccaneers: The Bucs are so pumped that Tom Brady is their QB.  They decide drafting any player would be a waste because Tom Terrific will be enough to win them a Super Bowl.

15.  Denver Broncos: General Manager John Elway announces he's coming out of retirement to quarterback the Broncos. Yes! The Red Right 88 play is back.

16.  Atlanta Falcons: Coach Dan Quinn takes 28.3 seconds to turn in the draft card. It reads "Can we have a do over against the Patriots in the Super Bowl?"

17.  Dallas Cowboys: After buying the Redskins No. 2 overall pick, Jerry Jones sells his 17th overall pick to AT&T and increases the the size of the video board in AT&T stadium.

21.  Philadelphia Eagles: Philly lets Sylvester Stallone (Rocky) in the war room. Something happened, and Rocky knocked out all of the Eagles’ draft personnel and they miss the pick.

22.  Minnesota Vikings: Minnesota selects Governor Gretchin Whitmer. Just google it. The Vikings are just trying to help Michiganders with her out of office.

24.  New Orleans Saints: This one is easy. The Saints draft the NFL official responsible for the “NOLA No-Call” in the 2019 NFC Championship Game and force him to do remedial whistle blowing exercises daily.

25.  Minnesota Vikings: After taking Governor Gretchin Whitmer three picks earlier, the Vikings are just too tired to make another pick.

27.  Seattle Seahawks: Pete Carroll trades his pick to USC for leaving them over a decade ago ahead of a massive scandal that rocked the university after he was all snuggled away in Seattle.

28.  Baltimore Ravens: Coach John Harbough is so paranoid about someone hacking their Zoom interface war room, he decides to draft an anti-hacking software developer.

29.  Tennessee Titans: The Titans are coming off an AFC championship game appearance. The Titans decide to furlough the draft pick once they make the selection.

32.  Kansas City Chiefs: Andy Reid finally got his Lombardi and drafts more Hawaii shirts to add to his collection.