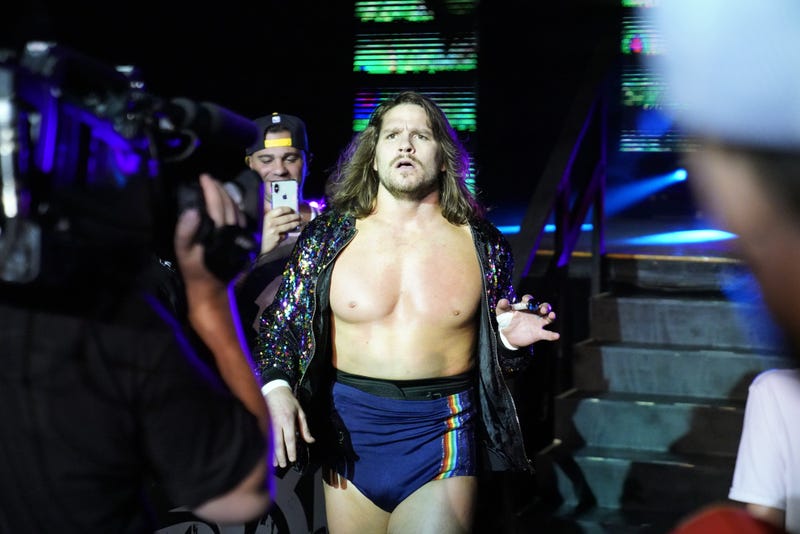 The last time Ring of Honor put on a show in the Big Easy, their world champion was a singular entity in the world of professional wrestling. And this Saturday night, when ROH returns to the UNO Lakefront Arena, Dalton Castle will be in prime position to get back on top.

When last Castle graced New Orleans with his presence, he was truly a spectacle to behold. Equal parts flash and substance, he made his way to the ring in a lavish jumpsuit and elaborate cape, trailed by his masked and lightly-clothed manservants, his “Boys” as he had dubbed them. Representing ROH as its champion, Castle drew on his extensive amateur wrestling background to put down the challenger, Marty Scurll, to close out ROH's Supercard of Honor last April.

Since then though, Castle has been through his share of adversity, taking time away from the squared circle to heal up some nagging injuries after dropping the belt. He has pared down his entourage as well, severing ties with The Boys earlier this year. Now refocused with his eyes on the prize, he's looking to put himself back in line for the company's top title.

I got to sit down with Castle ahead of this weekend’s event as he preps to compete in the semifinals of a tournament that will determine the new #1 contender for the ROH world championship.

MM: For the uninitiated, why is Ring of Honor worth the price of admission?

DC: Because I work there, and I’ll be performing, and I alone am worth double whatever the highest ticket price is.

MM: Why is Dalton Castle worth the price of admission?

DC: Have you seen what I do in the ring? On top of being an amazing wrestler, I’m just real fun to look at. I am undoubtedly the most entertaining thing to step into a Ring of Honor ring ever, in its entire existence. I don’t care who’s cycled through there or what’s been there before me. I’m still the most entertaining and most captivating performer this company has ever seen.

MM: Why is Ring of Honor a good fit for Dalton Castle?

DC: They let me grow on my own. There’s a good group of men and women in the locker room. I seem to get along with just about every one of them. I feel comfortable there. And it’s the size of the promotion that allows me to connect really one-on-one with every individual fan. If they choose