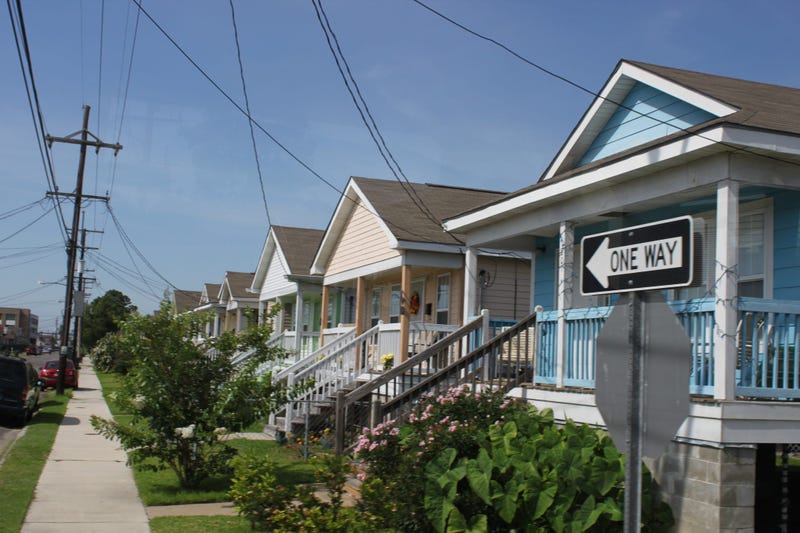 The Orleans Parish Assessor Erroll Williams is responsible for determining the value of your real estate, your home and its improvements, and that creates a little of $600 million in property taxes to help finance the government - but there seem to be some issues as to how that’s actually done. This year, a reassessment year, some folks are getting assessments with 70 or 80% increases in the value of their property. A recent report by the Bureau of Governmental Research (BGR) says the assessor could be relying on a tactic called “sales chasing,” which can lead to outcomes that are not good in the long term. To help understand what’s going on, Newell invited BGR’s Research Director Stephen Stuart onto the show Tuesday morning to explain what’s in that report.

“For the benefit of the audience, tell us how this process works with the assessor and how the process is run,” Newell began.“The reappraisal process that the assessor goes through typically occurs once every four years in the state,” Stuart said. “However, in Orleans Parish, the assessor has followed a process over time of assessing about a quarter of the property every year. Last year, there was a citywide reappraisal that occurred where most but not all of the property in the city was reassessed. There were about 28,000 properties that were not reassessed last year that were valued this year, so that's what people are seeing right now in terms of changes in their appraisal. It’s mostly the group of properties that were not reappraised last year.”“This has been an issue between the assessor and the Louisiana Tax Commission, that has oversight over appeals and some authority over assessments,” Newell continued. “Most parishes, including Jefferson, have properties reassessed in the same year, every four years. But for whatever reason, in New Orleans, Erroll Williams and others have read the law to say that it only requires assessments once in a four-year period, but not in the same year - is that correct?”“That’s right,” Stuart said. “The state law is worded in such a way that assessors have to reappraise at least once every four years, and traditionally assessors in Louisiana have interpreted that as once in a four-year period, but Williams has approached it from the standpoint of considering reappraisal of a quarter of properties roughly every year, to spread it out over the course of the four year period.”

“BGR as well as the legislative auditor have conducted a more recent review of these practices within the assessor’s office, and found this tactic of “sales chasing,” which is frowned upon by experts in Louisiana and across the country,” Newell said. “Two separate independent bodies have reviewed this and have come to the same conclusion, but the assessor says no, that’s not the case. So describe sales chasing for us, and what the potential impact is for the homeowner.”“Sales chasing is when an assessor relies solely on the sale price to determine the property value for tax purposes,” Stuart answered. “So when two parties enter into a sale, the buyer and seller agree on a price they think represents the value of the home. From a logical standpoint, it would make sense that that’s a good representation of the home’s worth. The problem comes in when you look at unsold properties in the same neighborhood that have no sale data to apply that method of valuation. So the assessor has to use a different approach for those. The mass appraisal process uses a statistical model that incorporates things like sales prices, property tax rates across the neighborhood, the age of the subdivision, and things like that to come up with a general value for the area. If there is a significant difference between what the sales-based appraisals produced for the sold properties and what the assessor's other methods produce for the unsold properties, then you get a lack of uniformity in the treatment of those properties, and essentially, unfair distribution of the tax burden.”