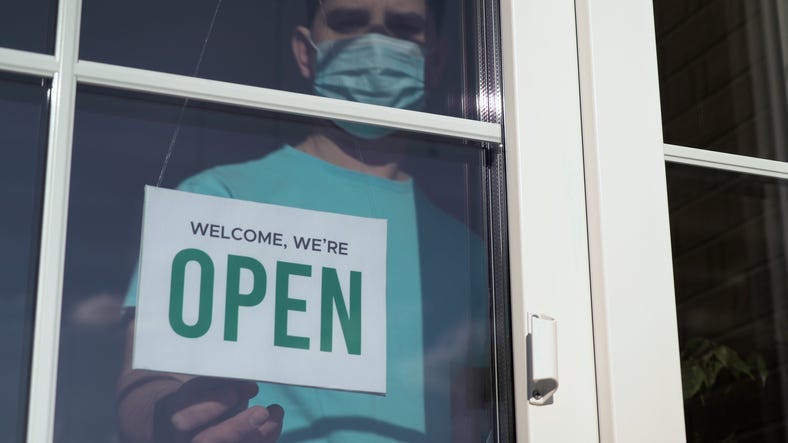 “This has been kind of a meandering process with the Payroll Protection Program,” Newell began. “There’s been new adjustments and rules every week. Is that trend continuing, Guy?”“Yes, definitely,” Williams said. “That trend is definitely continuing. First and most time-critical, the Economic Injury Disaster Loan has been reopened. The limits now are $150,000, that is the max loan that any affected business can apply for. It is a loan, the terms are up to 30 years, no payments for the first year at a 3.75% rate, and nonprofits can apply at a 2.75% rate. Time to get to the SBA website and apply for that. Even if you did a PPP, you can use EIDL to restock inventory, rebuild shelves, whatever. As long as its not the same thing you used the PPP for.”“I find it interesting that they opened it up for nonprofits and dropped the rate,” Newell said, “I understand that the Main Street Lending program, which provides a lot of loans for nonprofits and works with them day in and day out, but they have some liquidity issues they’re dealing with right now.”

“They do, although that program is not really formulated enough to comment on just yet,” Williams said. “This is really a good program, thought. Their target is smaller organizations, which it should be. You had one large nonprofit that got $80 million, and that’s not what was intended when these programs were started. They’re aiming that the right targets now, with the EIDL, and it will be good for normal small businesses that just need a bit of help to get through.”“That’s a good thing,” Newell said. “You and I have talked to a number of callers over the weeks that were interested in involving themselves in this process to try to get a loan.”“The significant benefit is that the $1,000-per-employee bonus is brought back, so there’s really no reason not to apply. If you get the loan, you’ll get that bonus, and if in a few months you realize you didn’t need it, you can pay it back.”“Another thing that’s new, the SBA has said that everyone who gets a PPP loan above $150,000, their names will be released,” Williams continued. “We discussed this, we warned people, this is a great program but at some point, the names will go out, and now that time is here. My guess is that they’ll eventually push that all the way down. It’s something people need to be prepared for.”“Which is uniquely different from traditional financing,” Newell said. “Nobody ever really finds out, it gets buried in reports if you’re a publicly traded corporation, or if not, rarely is that ever revealed.”