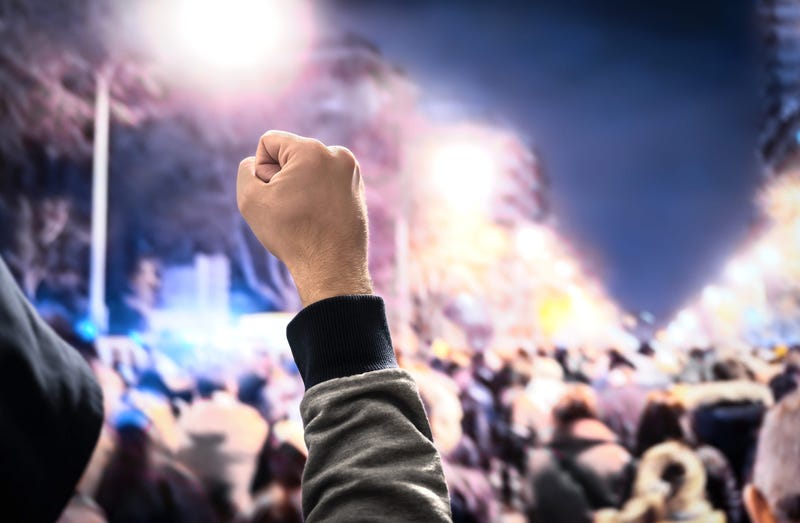 In the midst of all these crises, one thing that is certain is that government leaders at every level are being tested and challenged like never before, whether by the pandemic, protests in the street, vandals coming for their statues, or as is the case in Seattle, the wholesale capture and appropriation of several city blocks. And when leaders fail to meet the challenge, we see disastrous results.

Seattle Mayor Jenny Durkan says she’s finally getting to the point where she has had enough with the CHOP or the CHAZ or whatever it is they’re calling it this week. And all it took was multiple shootings, a murder and a rape! Even then, she believes she’s negotiating in good faith with the occupiers and the community, and she says the violence is actually a distraction from the changes sought by otherwise peaceful protestors. The problem with that is that the changes being sought by the CHOP occupiers are so unconstitutional in so many different ways, it’s absolutely laughable. So what’s the end game?

Mayor Durkan doesn’t seem to be on the same page as her Chief of Police Carmen Best, who’s already had enough of CHOP. Carmen said, “This is not about politics, and I’m not a politician. This is a debate about life or death, so we need a plan. I can’t stand by another second and watch another Black man, or anyone really, die in our streets while people aggressively thwart the efforts of police and others from rescuing them.”Tragically, the family members of the young man murdered inside the CHOP are speaking out, saying the situation is ridiculous and asking, whose life really matters in there? To them, it would seem that nobody’s life matters.

I’m not sure Durkan understands the downstream implications of her actions, because now there have been efforts in Chicago, Atlanta and Washington DC to create autonomous zones like the one in Seattle. In DC, they tried to pull down a statue of Andrew Jackson and then tried to congregate in front of St John’s Church and establish a “Black House” autonomous zone. The President said that’s not happening, and he’s looking at statutes under Federal law that can be used to charge these vandals.

What do those people even want? Are they going to ask for the same things they’re asking for in Seattle? You have a right to protest, but you don’t have a right to damage other people’s property, not now and not ever! There have to be consequences for these illegal acts. It’s a sign of disrespect toward this country to stand by and do nothing. I don’t see Democrats, Republicans or Independents stepping up to deal with this. Nobody wants to do the right thing because it means consuming political capital.

Seems to me like Mayor Durkan is selfishly motivated by her own politics, and not the well being of the United States of America, and we will all continue to pay for her lack of leadership. In my view, that’s simply not fair.

Someone needs to step up and end this silly experiment.