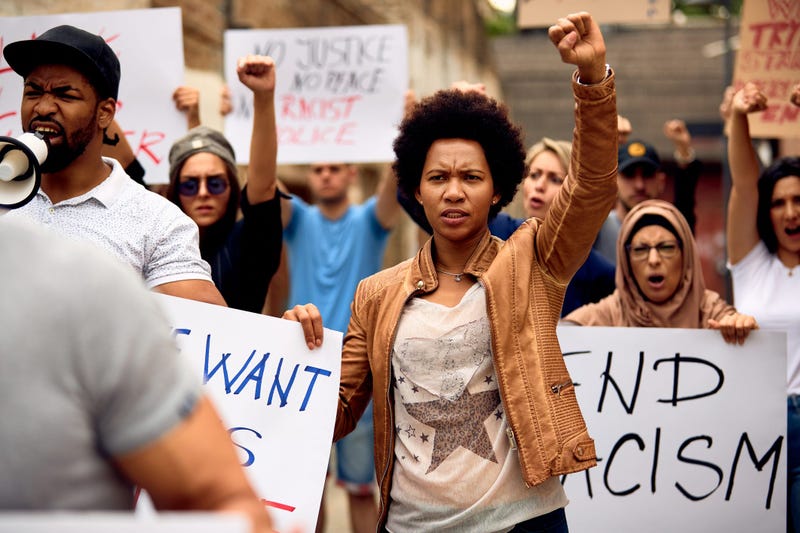 Can the racial gap in this country be closed? Newell invited business and civic leader Greg Rusovich and Mike Cowen, Professor Emeritus at Loyola University and Senior Fellow at the Center for the Resolution of Intractable Conflicts onto the show Tuesday morning. Both have published articles in the New England Journal of Public Policy on this topic.

“What is the genesis of this Center for the Resolution of Intractable Conflicts, Mike?” Newell began.“That center is at Oxford University and was set up to study, understand and devise interventions in places where there is conflict between groups that has just gone on and on, and a way forward hasn’t been found,” Cowan answered “There’s people there looking at Israel and Palestine, looking at Northern Ireland, looking at Muslim-Christian conflicts, and racial divisions in the US.”

“When you’re focusing on broader topics that lead to anger and angst and frustration, we don’t accomplish as much as when we build a coalition around a core set of smaller issues to find agreement around,” Rusovich said. “Then get that accomplished and build incremental change in each other’s lives and that builds long-term trust and confidence to do some of the bigger stuff.”“When we look at the country and what’s going on today, the list of irritants that exist between the races seems to be growing, at least in my view,” Newell continued. “Your thoughts?”“I wouldn’t say the list of irritants is growing, as if something new has been added, but things simmering under the surface for a long time have broken out into the open,” Cowan said. “As you know, there are groups of people who put themselves under the umbrella of anti-racism, which isn’t just being against racism, which decent people are, but anti-racism involves going through particular kind of history lesson, for whites especially, about slavery, segregation and instituional racims. Our experience is that if you insist people go through that as a sign of good faith before they can help do something, then they just won’t get around to doing something. People will gather across racial lines to act on things that matter to them who will not come together to talk about race, per se.”

“It seems like we have a moving definition of what social activists are,” Newell continued. “You know as well as I, there are those that lend themselves to that and those that don't, and those that don't often live a moral life and lead by example, but they’re not going to go out and wave signs and get in people’s faces. Those people make a difference in tiny steps every day, and I think a lot of times, people overlook the importance of that. As for compelling folks to do certain things in order to get a gold star that shows they’re on this anti-racist path. In my life, the people I talk to, I don't think any of them are inherently racist. They’re trying to scratch out a living and the most important things to them are their kids and the safety of their family. Is that a false premise?”“No, I don't think so,” Cowan said. “There are people who are anti-racist who are more commited and more likely to be in demonstrations, but I find it hard to find people who are pro-racism. There just seem to not be that many out there. So those people who are against it are just living their lives in other ways. Our commitment is to the idea that when black and white people come together to work on things that matter to them, like schools, like helping people coming out of prison, you get positive improvements in that field, but also in the field of race relations.”