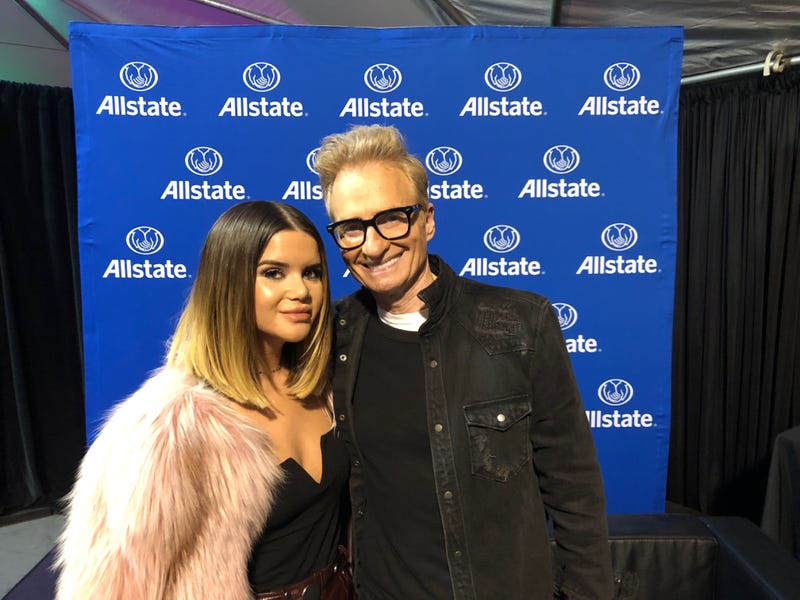 When a celebrity mom decides to stop showing pictures of her new infant son on social media because of trolls - it is time to address the hate, jealously and criticism without fear of hurting anyone’s feelings.

In a conversation with host Andy Cohen about receiving negative posts every time she posts a picture of her son on social media - country/pop artist Maren Morris said, “It’s been so fun sharing photos of him [her 5-month-old son Hayes], but I feel like - you know, I can take someone saying my music sucks or I’m ruining country music, but for some reason, the mother card, I can’t emotionally handle right now. So I was like, ‘I’m gonna protect myself and him from it.’”

People have always been interested in the lives of celebrities and pictures of their children have always been part of sharing their personal lives - but we have reached a point where the hateful, quick-to-criticize social media trolls are taking away the innocent pleasure of sharing your family with others.

I can relate to this sad reality. I am extremely proud of my granddaughter - Margot - and my new grandson - Archer - but I am reluctant to post many pictures because of some hate-driven comments that follow any posting of pictures. I have posted a few things and will continue to post very sparingly because I don’t want to give the ignorant trolls an opportunity to criticize.

The real issue is the growing tendency to bash anyone or anything on social media. As a radio talk show host - I experience criticism over the slightest flaw or smallest mistake; and I am harshly condemned by some because of disagreement over opinions. I signed up for that because of what I do - but I have seen this trend of attacking people grow to an unhealthy level; and I understand the desire to protect one’s family.

It’s one thing to criticize someone in the media because you disagree with their opinions - but the personal vitriol that often accompanies the criticism may be the symptom of a much bigger problem in America.

The need to spew hateful criticism of someone for their opinion or even a picture of a child seems to suggest a flaw in humanity.  Criticizing or finding fault with everything is a way of making the person criticizing feel better about themselves. Most people are at least subconsciously cognizant of their flaws, and criticizing others is a path toward boosting one’s own self image.

There should be little doubt that the continuation of the coronavirus pandemic has lead to deep and widespread frustration across America, and I am personally witnessing the tearing down of individuals as a manifestation of that frustration.  As much as I would like to share more of my family with my audience and social media followers - I want to protect them from being put in a position of being unfairly attacked.

I will continue to post a few things occasionally; and when I do go to Portland in a few weeks, I will do my 80s Night with my granddaughter - who has been watching and dancing with me. That will be fun and I will enjoy sharing that part of who I am. The overwhelming majority of comments will be fun and positive - but I will be prepared for those who might use that opportunity to be critical to boost their own self image. Those are the people we should pity.

Criticism is a function of humanity - but the hateful criticism that is now commonplace in our society is different. Social media has given people a platform to hate and to criticize, and the perpetrators of the hate and criticism mostly feel anonymously protected - which leads to more brazen barbs.

When I read that country/pop artist Maren Morris decided to no longer share pictures of her baby boy with her fans and realized my personal experience with the posters prone to criticize - I realized it was worth a discussion.

I understand protecting your family - but do not give power to the critical trolls by allowing their criticism to affect you. And if you have children who are on social media - talk to them about being strong in the face of criticism and instill in them the idea that what someone else says about them should never change who they are.

I agree with Maren - you can tell me my show sucks - but leave my family alone!