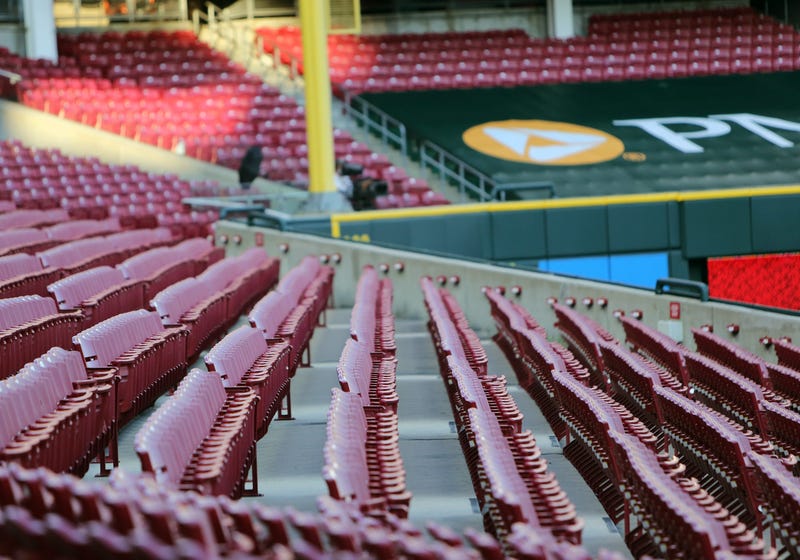 Major League Baseball is back - the crowd is not - but that doesn’t mean you will not hear fan reaction while watching a televised game.

Fox Sports lived up to their promise to add crowd reactions to MLB games being played with no fans in the stands as a result of the coronavirus pandemic.

Even if you are not a die-hard baseball fan - the fact that real sports returned was exciting for sports fans. The idea of an actual sporting event and the beginning of a league’s regular season were exciting enough to inspire some sports fans to open a beer - get snacks - and sit in front of the TV to watch a live game. But something was missing - the fans.

The fans may have been physically missing from the stadiums where MLB games were being played - but the noise of the fans was present. Using the crowd sound from the official MLB video game - Fox Sports had access to 75 different fan reactions that were sent through the stadium sound system to imitate the environment of a stadium filled with fans. Even crowd reaction to an attempt to throw out the base runner while taking a lead off the bag was included.

As I watched a game and heard the crowd reaction with nothing but empty seats in the background - it occurred to me that the artificial fan reaction was similar to the laugh track for a sitcom.

I would think the majority of real sports fans would be familiar enough with the game to automatically have a reaction to anything that happens on the field during play. Fake crowd reaction - like the laugh track on a sitcom - is prompting our reactions. But is that all it is doing?

On some level I admit the artificial crowd reaction did add some excitement to the game - but I do think the need for that is an admission that television is different from real life. Even real events covered on television invite the temptation to enhance emotion. This is the nature of TV.

The artificial crowd reactions during a televised sporting event is also a reminder that watching a sporting event does not occur in a vacuum. A Saints game would not be the same if you were alone in the Mercedes-Benz Superdome. Sharing the unpredictable ups and downs of any game with others is a big part of our attraction to sports.

Maybe the sitcom laugh tracks do not just serve as a prompt to tell us when to laugh - maybe laugh track also makes us feel as if we are sharing the humor with others.

While I still do not like the idea of artificial crowd reaction for live sporting events with no fans in attendance - I do understand the reason why it is part of a spectator’s sport.