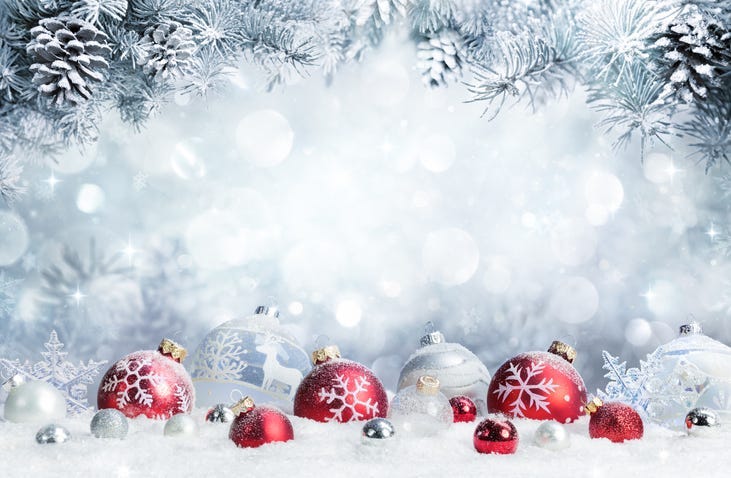 Every year, the American Family Association (AFA), releases “Naughty or Nice” list, which is a list of retailers that either use the word “Christmas” or the word “holiday” in their print, broadcast, website or social media marketing this time of year.

The AFA is a conservative Christian organization that promotes moral decency for the good of the family. The AFA emphasizes moral decency on television and throughout the media. The AFA’s “Naughty or Nice” list labels retailers that use the word “holiday” rather than “Christmas” as naughty and the retailers that use the word “Christmas” make it on the nice list.

Here are a few of the retailers that made the AFA’s “Nice” list:

Here are a few of the retailers that were put on the “Naughty” list:

Surely, some people will choose where to shop during the holidays based on the “Naughty or Nice” list, but I can’t imagine that the AFA’s list has a serious impact on holiday bottom line of any big retailers.

The bigger question is whether the “War on Christmas” is real or an agenda-inspired myth?

Bill O’Reilly, when he was on the Fox News Channel, was credited with regenerating the “War on Christmas” in 2004 and went so far as to declare it a national emergency. But the alleged “War on Christmas” actually dates back to the early 1920s.

In 1995, the renewed “War on Christmas” came from author Peter Brimelow’s work: “Alien Nation: Common Sense About America’s Immigration Disaster.” Brimelow’s writings are considered a modern restart to the white supremacy movement of today. The fear of immigrants changing America was the foundation for instilling fear that pandering to immigrants would include ending the celebration of Christmas, as we know it.

In 2005, Fox News contributor John Gibson followed Bill O’Reilly’s lead with his book: “The War on Christmas: How the Liberal Plot to Ban the Sacred Christian Holiday Is Worse than You Think.”

By 2006, O’Reilly declared that Fox News and conservatives had won the “War on Christmas,” but that didn’t stop O’Reilly from using the idea that there was a “War on Christmas” as recently as 2016. I suggest that is proof that Bill O’Reilly’s installation of fear over losing Christian beliefs was simply a publicity stunt designed to rally the base of the Fox News Channel’s audience.

During his 2016 presidential campaign, Donald Trump used the phrase “we’re saying Merry Christmas again” as a campaign promise to restore the right to say, “Merry Christmas,” which had never been taken away. Trump has repeated the phrase since becoming President.

There was a time when Christmas was actually banned in America by Christians in 1659. Puritans of the Massachusetts Bay Colony outlawed Christmas because the gluttony and gift-giving were seen as ungodly. Years later, the ban on Christmas was lifted and Christmas has never been banned since then.

As Americans, we have the responsibility of sifting through an overabundance of information we are exposed to minute-by-minute, and that responsibility includes not falling for attempts to disguise real concerns in rhetoric to benefit an agenda. And that’s what the “War on Christmas” was and still is today – rhetoric to rally support for an agenda.

I do understand the idea that religious symbols have no place on property owned by the government as implied by the First Amendment; however, as a Christian, I don’t understand why we all can’t be more tolerant of each other’s religious beliefs and allow both Christmas symbols and other religious symbols during holiday seasons.

To support the idea that there is a “War on Christmas” in America is to say that individuals and families have lost their right to put Nativity scenes, or any Christian symbols, on their property and that Americans have been forced to curtail their Christian recognition of Christmas in their homes and private lives.

And for those Christians who have become overly sensitive to this conspiracy theory that there is a “War on Christmas” – stop whining and being so fragile that you think the spirit of Christmas can be taken away from you and your family.

For those Christians who feel a threat to Christianity everywhere – maybe it’s time to remember that the guy you most admire and the guy to set as an example was a tough guy who was falsely accused, beaten and died on a cross for you. It seems like that guy would not support the fragile nature of many Christians who think someone is going to rob them of their Christian values.

There is no way a “War on Christmas” would succeed if the Christians remain as tough as the guy that died on the cross.