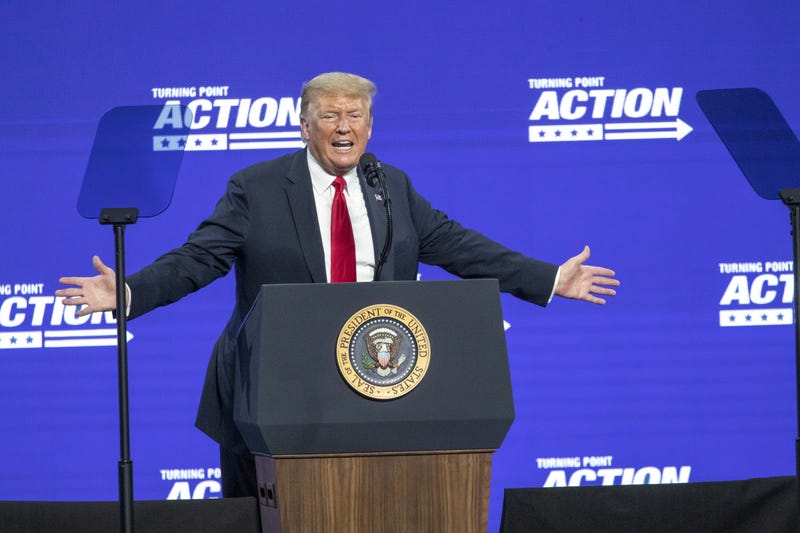 President Trump has announced plans to send hundreds of federal agents into Chicago and other American cities to fight an unsettling rise in gun violence.  But is that politically motivated and is it constitutional?

The President’s plan to send federal agents into cities, like, Chicago, New York, Philadelphia and Albuquerque, NM comes as the images of how federal agents have handled protesters in downtown Portland, Oregon continue in the news. And with those images come serious questions about whether President Trump’s actions are being driven more by his re-election campaign than good will.

Let’s first acknowledge the unfortunate reality that sending federal troops into cities has quickly become a political debate - rather than a debate about what’s best for citizens. Some are using the images of the fiasco in Portland to boost their support of President Trump and a no-holds-barred approach to law enforcement. Others are using the images as a backdrop for their argument that President Trump is stepping over the line and using federal troops to supersede local law enforcement to support his image as the “law and order” president.

The problem is that what has happened in Portland does not relate to President Trump’s newly announced plan to send hundreds of federal agents into American cities - but that will not stop many from using the Portland images to support their political position.

Gun violence in Chicago and many other American cities - including New Orleans - is spiking with no end in sight. The typical heat of the summer months combined with the ongoing frustration of the coronavirus pandemic seem to have created the spontaneous combustion of political posturing.

President Trump’s decision to send federal agents into Portland seems to have been motivated by the desire to create favorable optics for his re-election campaign. Reports of fundamental discrepancies in the random arrest and handling of citizens protesting create a frightening concept of the federal government taking over law enforcement as opposed to working with local law enforcement.

Contrary to the mission of the federal agents in Portland - President Trump’s plan to send agents into Chicago appears to be congruent with the Constitution. Trump says that the federal agents being sent to Chicago will work side-by-side with Chicago police in fighting the unbridled gun violence that continues to plague that city.

Chicago Mayor Lori Lightfoot - who initially rejected the idea of the President sending federal agents to Chicago - has now said that she will welcome the help of the feds if they are going to act in concert with the CPD rather than as a rogue entity.

The role of federal agents in Chicago has been described as a resource that will become part of existing federal agencies - like the FBI - DEA - and ATF - that are currently working with Chicago police on the investigation of gun violence, gang violence and drug trafficking. This is not the same as the role federal agents has played on the streets of Portland.

Fox News senior judicial analyst - Judge Andrew Napolitano - said on “Fox & Friends” that if mayors of cites do not agree with Trump sending federal agents to their cites - then the Trump administration would be in violation with the Constitution. However - if - like Chicago Mayor Lightfoot - a mayor embraces the help from the federal government then there is no conflict with the Constitution.

After the press conference on Wednesday - President Trump called Chicago Mayor Lori Lightfoot to inform her of the plan; and he described the conversation as “brief and straightforward.”

To avoid becoming prey to political rhetoric - do not compare the scenes from Portland with the plan to send federal agents to other American cities.

If the federal agents in Portland acted appropriately - then why were citizens arrested - questioned and let go? Could that be because the citizens were arrested - put into unmarked vehicles and detained with no probable cause?