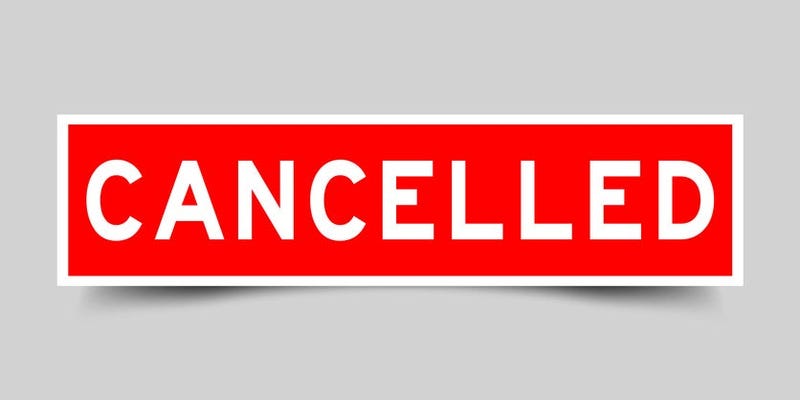 Television shows are being cancelled - a classic movie has been pulled from rotation - and more television shows from the past are being questioned during the current racial renaissance sweeping across America. Where do we draw the line?

The TV shows “Cops” and “Live PD” have been cancelled because of a renewed sensitivity to the treatment of suspects by law enforcement. HBO Max announced it was removing the classic, “Gone With the Wind” from rotation due to scenes that are considered racially inappropriate.

Cancelling “Cops” and “Live PD” seems justified - but pulling a classic movie, like “Gone With The Wind” may be crossing a line that will hurt more than it will help. The difference between TV shows that exploit, for entertainment purposes, the rough treatment of suspects by police and a classic movie that documents history should be acknowledged.

I am sharing my opinion - but admittedly - that opinion comes from the perspective of a white male, and I am not attempting to speak for Black Americans who have a different perspective.

We should be able to recognize exploitation from artistic reflections of history and allow those reflections to serve as documentation that our country has undergone significant change - even if we have not yet reached an acceptable destination.

If we support the removal of past movies because of racial insensitivity - then do we reignite the argument that classic novels, like “Huckleberry Finn” be banned?

Supporting the removal of Confederate-era monuments seems different from the blanket banning of entertainment or documentaries that depict history. When we watch a movie, like “Gone With The Wind,” we don’t think the characters’ behavior reflects current times - we instinctively realize that America has changed, and we should appreciate the fact that what we see from the past is no longer acceptable.

If we are to judge past movies and TV shows in the context of the world today - then few movies and shows would pass that scrutiny. On various cable channels - there are sitcoms that reflect a time when beating kids and wives was openly joked about.

Reruns of “The Honeymooners” starring Jackie Gleason and Art Carney suggest that hitting your wife over a disagreement is completely acceptable. In nearly every episode when Alice stands up to Ralph or makes fun of his weight - he throws an air punch toward her face and says things, like “One of these days, Alice, you’re going to get it right in the kisser.”

Episodes of the 50s sitcom, “Leave It To Beaver” are filled with blatant references to parents beating their kids. “Leave It To Beaver” is currently on in reruns daily and dialogue includes comments about “busting him [a child] in the mouth.” There are episodes when one of Beaver’s friends asks him to come home with him because if he is there he dad won’t beat him as much.

Watching “The Honeymooners” or “Leave It To Beaver” in 2020 - does not promote hitting wives or beating children - it simply reminds us of how much our society has changed.

I can only speak from my perspective. If I see a past TV show that presents beating wives and kids are part of normal life - I don’t think those things are acceptable - I celebrate how much we have changed. The same is true when it comes to past movies and TV shows that depict past race relations. I don’t think what is presented is acceptable - I recognize how much we have changed.

We may have changed - but more change is needed, and past TV shows or movies do not distract from that reality.