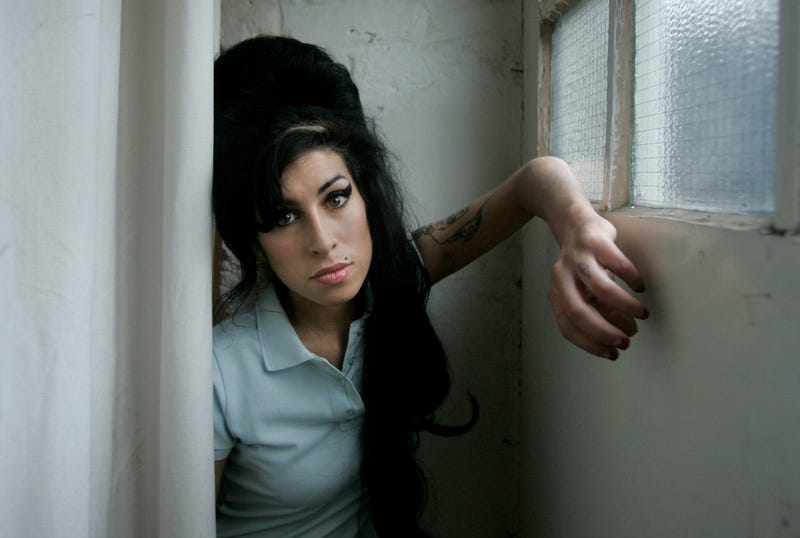 Since my radio talk show is promoted as the show “where politics and pop culture meet your opinions,” I often mention pop culture events that have occured on that day.

Jim Morrison, Janis Joplin, Jimi Hendrix and Brian Jones, an early member of The Rolling Stones, all died at the age of 27 within two years of each other. Those famous deaths all at the age of 27 were noteworthy at the time, but The 27 Club was not given a name until Kurt Cobain committed suicide in April of 1994. Cobain was 27 and the extensive media coverage of his tragic suicide was linked to the deaths of Jim, Janis, Jimi and Brian and that inspired a collection of artists that all died at age 27.

As The 27 Club gained more members through research, there were claims of a “statistical spike” for the death of artists when they reached the age of 27.

When Amy Winehouse was found dead at the age of 27 in 2011, conspiracy theorists had new evidence to promote the suspicious relationship between being a rock star and the 27th year of their life. It was the deaths of Cobain and Winehouse that lit up both the mainstream media and social media with the theory that if a rock star made it to age 28, he or she beat the odds.

The list of The 27 Club members grew to include: Blues icon Robert Johnson, Alan “Blind Owl” Wilson – guitarist for Canned Heat, Ronald “Pigpen” McKernan, who teamed up with Jerry Garcia and Bob Weir in 1964 to form a band that would become The Grateful Dead, Dave Alexander – founding bassist for The Stooges, Peter Ham of Badfinger, Kristen Pfaff – a member of Courtney Love’s band Hole and Randy “Stretch” Walker – who was part of Tupac Shakur’s music world. All of these notable artists were among the many artists who died from suicide or a freak accident at the age of 27. It was easy to understand how the conspiracy theorists gained credibility with their premise that there was a “statistical spike” for musicians’ deaths at 27.

After the death of Amy Winehouse in 2011, the British Medical Journal conducted a study that came to the conclusion that there was no “statistical spike” with the deaths of rockers at age 27 and there was no increased risk of death for musicians when they reached their 27th birthday.

Studies did find that the risk of death by suicide or a freak accident did increase slightly for the general population between the ages of 25 and 32, but there was no greater risk for musicians in the demographic.

The similarities that exist with many of the rock artists who are members of The 27 Club range from depression to being disgruntled in life, but the greatest bond among the group is alcohol and drug abuse.

Jimi Hendrix was known for taking many pills all at once - even if he didn’t know what pills he was taking. On the night he died, Hendrix swallowed a strong barbiturate – Vesparax. Half of a Vesparax pill has the power to cause a man to sleep for eight hours, and that night Hendrix was believed to have taken as least 9 pills.

On the night she died, Janis Joplin was said to be upset with her boyfriend and shot up heroin.

The official cause of Jim Morrison’s death was listed as congestive heart failure, but there no autopsy was performed and mystery continues to surround his death.

Brian Jones of The Rolling Stones was drinking and taking drugs when he went swimming at his home in the countryside in England in 1969, but there are questions about what really caused Jones’ death. Keith Richards said, “I don’t know what happened, but there was some nasty business going on.”

Peter Ham of Badfinger was said to be distraught over band business and hanged himself in April of 1975 – just three days before he would turn 28.

The deaths of Kurt Cobain and Amy Winehouse may have more in common than the other members of The 27 Club. Prior to his death in 1994, I recall reading about Cobain’s drug use and how he was having difficulty dealing with his growing popularity. It should be no surprise that since Kurt Cobain was one of the forces the powered the music trend known as “alternative” music he basically rejected the idea of being mainstream. As he became more mainstream and as the music of Nirvana migrated into the mass appeal music charts, I always wondered if Cobain became suicidal over the idea of becoming a mainstream artist.

Cobain was also said to be upset over the possibility that he would lose his Seattle home in a lawsuit. Cobain’s substance abuse counselor said he thought Kurt killed himself in his house as a way of saying, “You’re not going to take my house, no matter what.”

Like Kurt Cobain, Amy Winehouse seemed to be struggling with her fame. Known to be very private with her innermost thoughts and feelings, Winehouse abused alcohol and was in and out of rehab. Her most recognizable hit is titled, “Rehab.”

Whatever caused influential musicians with a vision to die at the age of 27, we know that was too young for all of them to die. As musically innovative as Kurt Cobain was I remember commenting on the day his body was discovered that Kurt robbed a young generation that his music reflected of the opportunity to watch him evolve as a musician - and as a person. I would love to know what Kurt Cobain would be doing with music today. I don’t really see him as an artist who today would be doing a throwback casino tour.

It was interesting to ponder the connection between being a successful artist and the age of 27 – but research shows there is no connection.