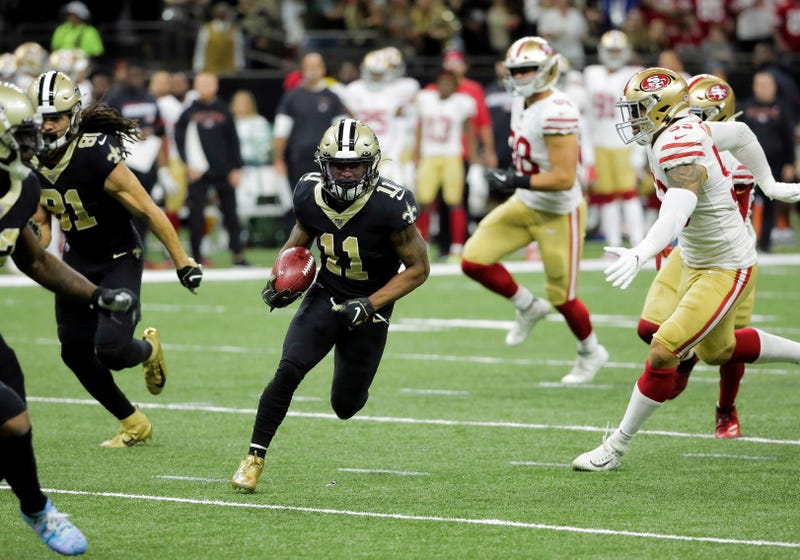 After a rookie season that saw him earn Pro Bowl and first-team All-Pro honors, what could Saints return specialist Deonte Harris do for an encore in year two? Perhaps grow his role as a receiver.

WWL NFL analyst Mike Detillier said Saints Coach Sean Payton tipped his hand when it came to what we can expect in Harris’s continued development.

“Coach Payton made that comment to us on one of the final Saints Coaches Shows,” Detillier said during a Tuesday appearance on WWL Radio. “And his comment was that when they had played Seattle, he had talked to Pete Carroll.”

Detillier said Payton had good reason to pick the brain of the Seattle Seahawks’ head coach.

“If you’re gonna compare, Pete’s got one just like him: Tyler Lockett” Detillier said.

“You look at size-wise, Tyler was really, off the bat, kind of a return-man. Now he’s developed into a really good wide receiver. They use him on the jet-sweeps, on the reverses. So yeah, I would say that that is a given that you’re gonna see Deonte used much more on offense this year than he was a year ago.”

We’ll start to get more of a glimpse of what could be in store for Harris when the Saints report for training camp next week. To hear the full audio of Detillier’s appearance on “Sports Talk,” click the podcast link.