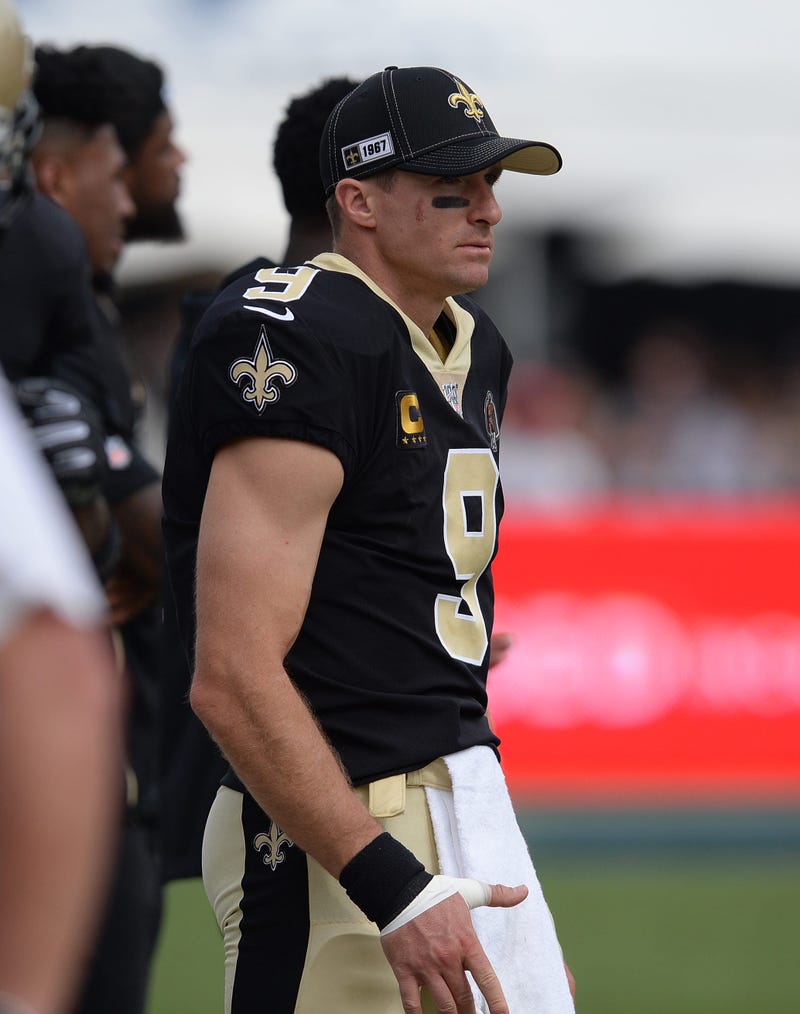 Saints quarterback Drew Brees has made a career of exceeding expectations. Now, staring down a possible 60-day rehab of his injured thumb, it’s no surprise that the former Super Bowl MVP is looking at bettering that timetable.

Brees discussed the option he chose to repair his throwing hand, saying surgeons installed “a little piece of tape that they put on top of the ligament repair.”

“It’s something that immediately gives it strength and stability. And allows you to start rehab right away. You don’t have to be immobilized. You don’t have to be in a cast for a couple of weeks. You can start that rehab process right away, and it just fast-tracks the whole thing. It gives you that strength and stability while the ligament actually heals,” Brees explained.

Brees made the comments during his weekly appearance on WWL Radio Wednesday night, discussing the surgery with Bobby Hebert on their “QB To QB” segment.

Brees also said he’s looking to be ready to play sooner than doctors might anticipate.

“As far as the timetable for getting back though, they say six-to-eight weeks. I think I can beat that, but I’m just gonna take it one week at a time and see how things go,” Brees said.

As for watching last week’s win over Seattle on television, Brees described the experience as weird, but he won’t have to watch from home this Sunday. He says he’ll be in attendance at the Superdome when the 2-1 Saints host the 3-0 Dallas Cowboys on Sunday Night Football. Our coverage of that game starts Sunday afternoon at 1pm. You can hear the full audio of “QB To QB” by clicking the podcast link.