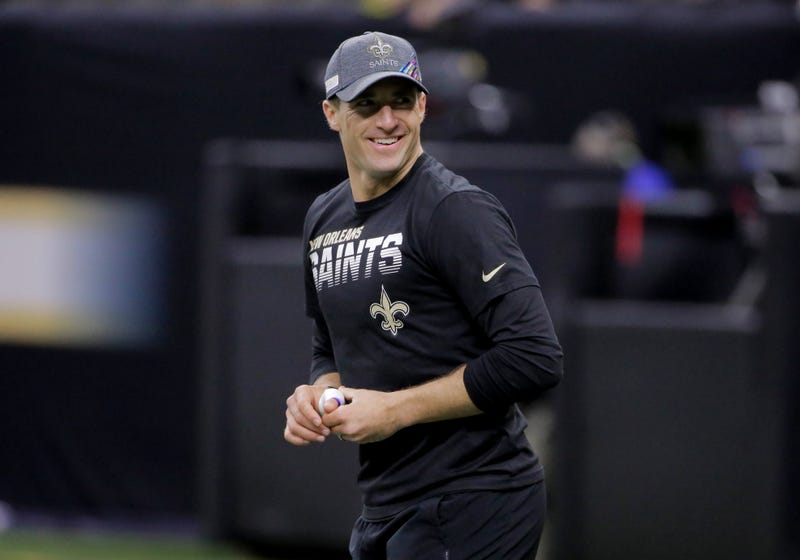 It sure looked like Drew Brees was on track to start Sunday against Arizona and ESPN’s Dianna Russini & Ed Werder have confirmed the Saints' general will be back under center for week 8’s contest against the Cardinals.

Brees suffered a torn ligament in his thumb back in Week 2 in Los Angeles against the Rams. Before suffering the thumb injury he had completed 73% of his passes for 408 yards, two TDs and two INTs. The team fell to the Rams that day, but have not lost since, going 5-0 behind Teddy Bridgewater as the starting quarterback.

It’s Week 8 in the NFL and the 6-1 Saints have a chance to go into the bye week with six straight victories. The Cardinals swoop into the Superdome with some attitude as Arizona has won three in a row. Head coach Kliff Kingsbury and rookie QB Kyler Murray are getting their first taste of the Superdome. Sean Payton knows fans are going to exude themselves watching LSU, but expects to feel that same energy for an early Sunday in the city. “Our crowd's fantastic,” Payton said. “We have an LSU night game though. And, then we play at 12 noon. So, we have to get our Bloody Marys going and our rally caps going.”

Fans should be in full frenzy for an Arizona offense that is feeling good about themselves.  The competition hasn’t been the best (wins over the 1-6 Falcons and at the 2-5 Giants and 0-7 Bengals), but winning builds confidence. Who Dats can help knock the Cards off their perch a bit by making the Superdome vibrate.

“I think it's important not only on the third downs, but there's a lot of communication that takes place from the sidelines into the quarterback,” Payton said. “We did this against the Rams effectively a year ago and I think, that crowd noise, just as they are breaking the huddle, that can really help relative to the communication.”